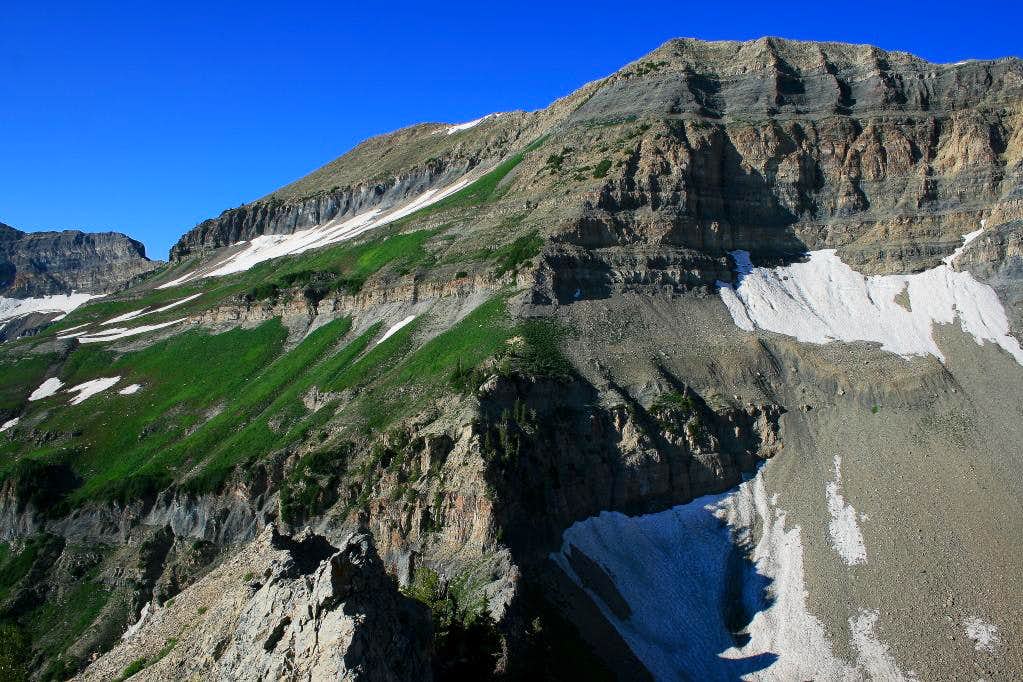 This photo is looking south west at the summit of Bomber Peak from the top of Forgotten Peak. Bomber Peak was named after a B-25 crashed into it's flanks in March of 1955. The Bomber wreckage is just under the summit ridge in the upper left of the photo, most of it is still under snow. July 31, 2009.
« PREV NEXT »