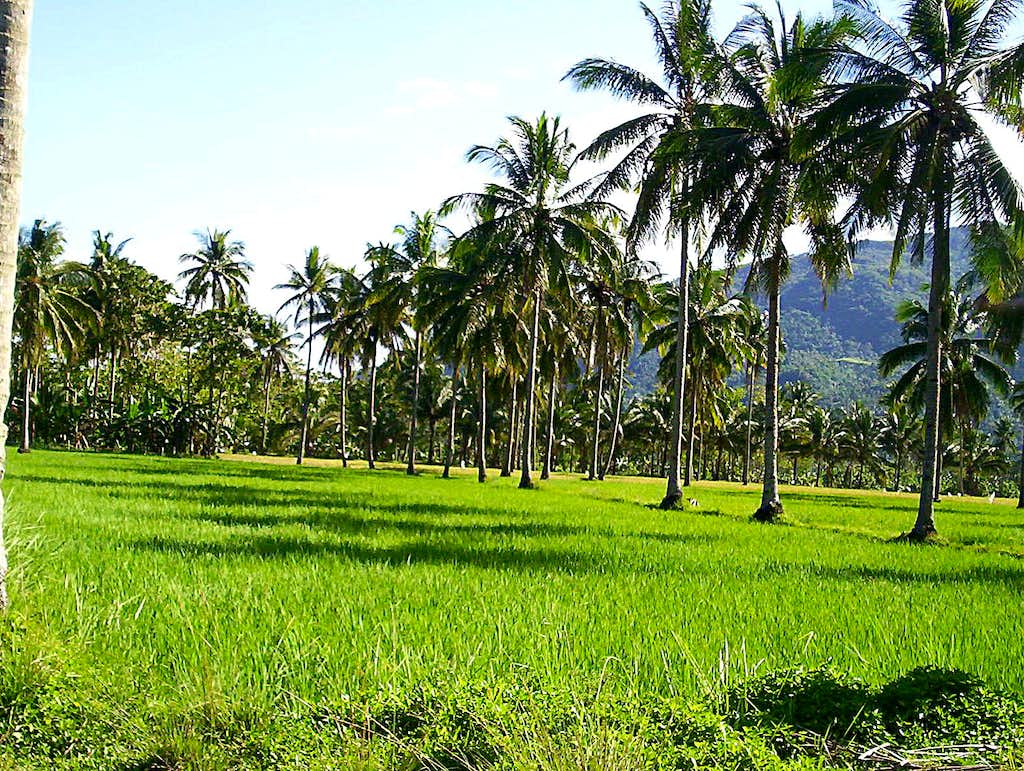 This photo was taken by my wife; close to the area where she was born in the Philippines. The bulky island of Mindanao, comprising around 20 provinces, lies to the south of the Philippine Archipelago and has a landmass of nearly 95,000 sq km. Its landscape is lush and varied, encompassing costal plains and swamps, fertile volcanic plateaus and river valleys. Mindanao's economy rests largely on agriculture, and there are vast plantations of pineapples, bananas, maize, rice, coconuts and wonderful citrus fruits. According to my wife, there's indigenous semi-nomadic people that live in the nearby mountains. Some of them are still practicing the ancient art of skull deformation, otherwise known as "head-hunting." I would stand clear of the mountains, and focus my efforts elsewhere. If you're interested in history, there's a city with a major seaport to the south where my wife's sister lives, called Butuan. Butuan is widely recognised as the earliest known place of settlement and sea trade in the Philippines. In 1976 the oldest boat in the Philippines, a balangay or sea-going outrigger, was discovered that was carbon-dated to AD 320. This find, along with finds of extensive wooden coffins of tribal peoples who practiced skull deformation, has made Butuan a centre of archaeological and ethnographical importance. March 30, 2008
« PREV NEXT »