Map of Routes on "American... 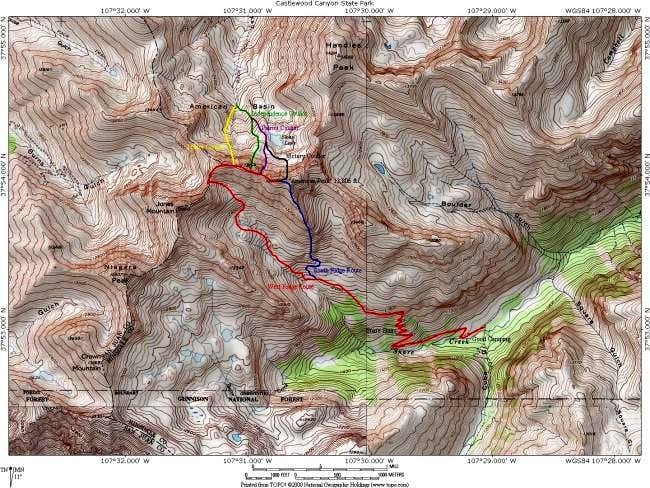 Map of Routes on "American Peak". The red route is the West Ridge Route. The blue route is the South Ridge Route. Also shown are four of the north facing coulior described in Gerry and Jennifer Roaches Guide to Colorado's Thirteeners. They are: Traitor (yellow), Independence (green), Patriot (purple), and Victory (black). Map created with information from the aforementioned Roach book and National Geographic's Topo! software. Jon Bradford
« PREV NEXT »