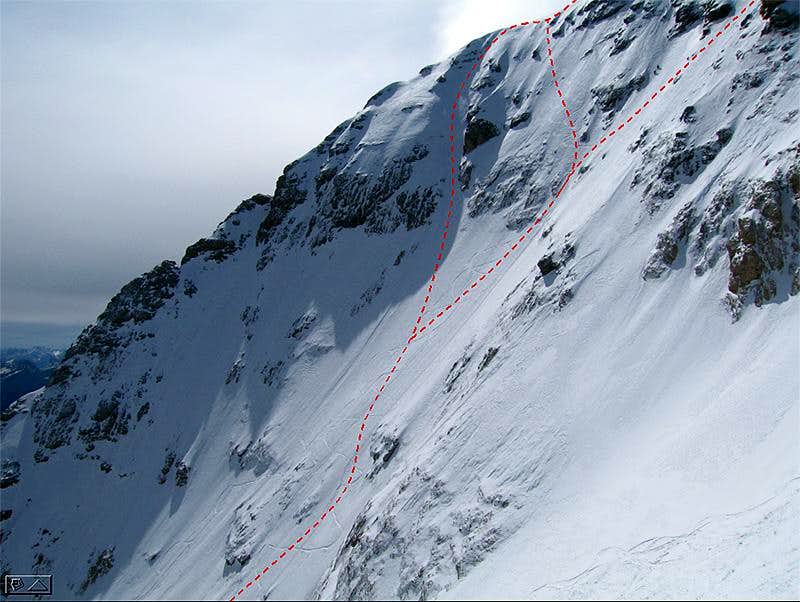 Some of the possibilites to climb through the north face of Marmolada Punta Penia. The face - like many faces in the Alps - has lost a lot of its ice in the last decades, and conditions differ from year to year. This picture was taken beginning of June 2006 - after a snow-rich winter. Expect less snow at that time of the time of the year in other years. The left-most variant is in the shade longer than the other route options, and has usually harder conditions (which can be good or bad). Picture taken from the NW-route by Henning Stoll (used with permission).
« PREV NEXT »

what sp is all about, current conditions, routes marked, angle photo was taken