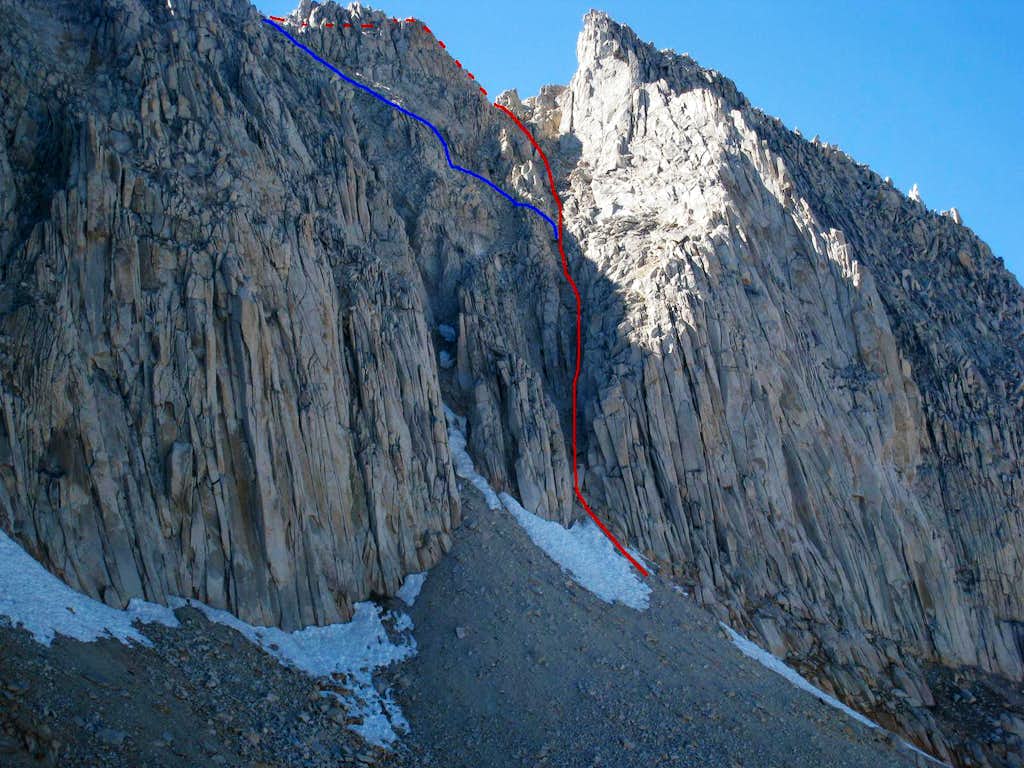 The view up Mill's East Couloir from the South en route to Abbot with my ascent line marked in red and descent line in blue. While the sand and loose rock in the East Couloir stuffed my first attempt, with a more positive attitude the route was easy to climb on a later try. I think the blue line is the easiest (still third class) way back down from the summit although where the red line crests the ridge looked like the top of the North Couloir and there were a variety of third or easy fourth class options there, too. Photo taken September 4th, 2010.
« PREV NEXT »