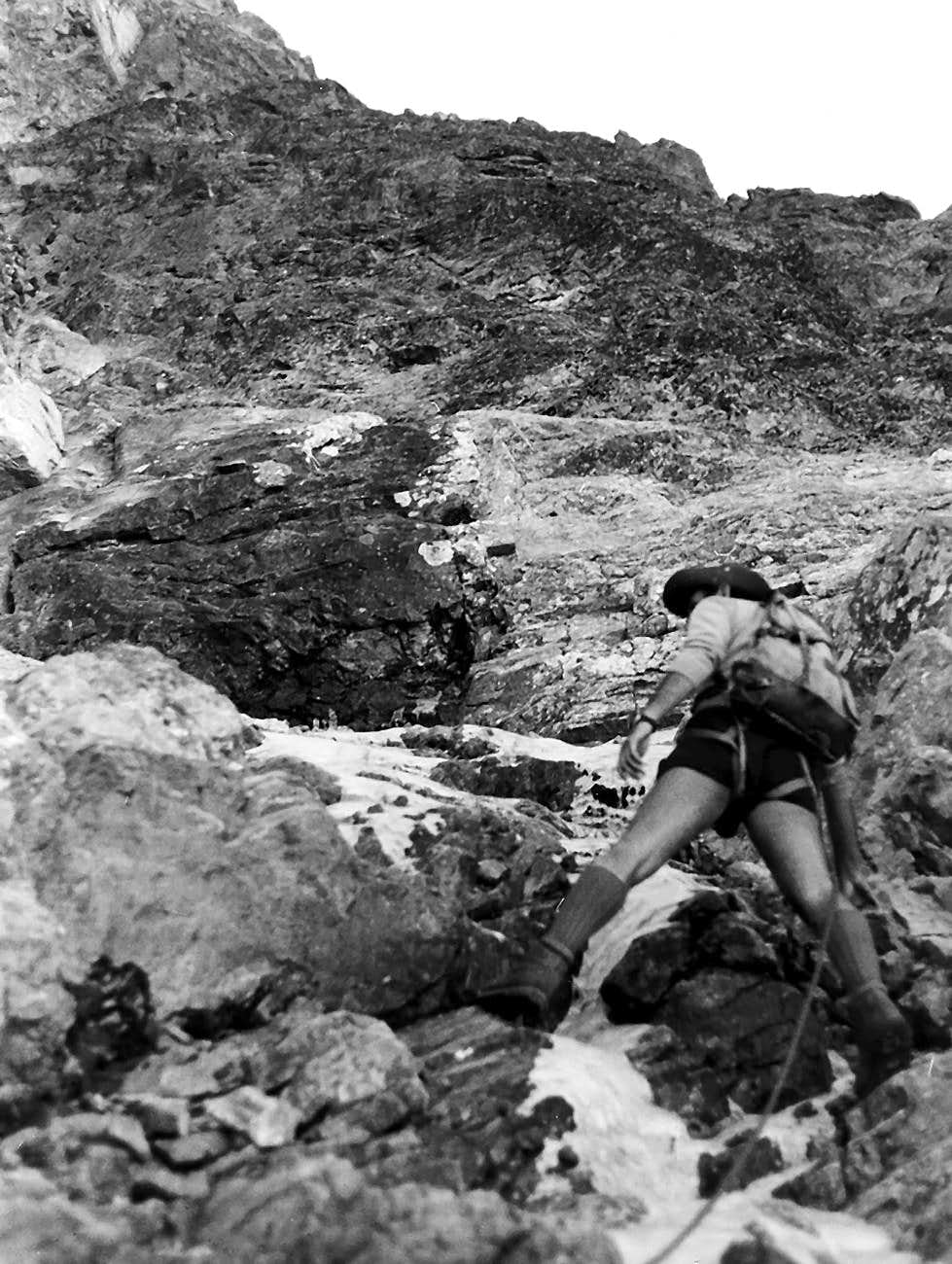 Becca di Nona (3142m) NORTH WALL Direct Route and N-NE Great Crest CRUX KNOT for three ROUTES 1)-: Osvaldo Cardellina in the upper midst part at the beginning of wall of 200 metres around (with a mini spur), below the triangular hanging snowfield, on the Route of September 24th, 1978 (Via Osvaldo Cardellina-Camillo Roberto Ferronato, with Exit Out on N-NE great Crest to 90/95 metres about at the Summit; 2)-:to the outline left the small gully of July 24th, 1966 Route (Via Ilario Antonio Garzotto-Dario Franco Cardellina-Walter Ferronato, with Direct Exit Out to Summit); 3)-: to border of right the west side of the small face of the July 10th, 1969 Mixed Route (Via Osvaldo Cardellina-Bruno Pagliarin, with Direct Exit Out through 1966 Route and Variant in final part to N-NE great Ridge at 40/5 metres around to Top). September 24th, 1978 Action'sphoto by Camillo Roberto Ferronato
« PREV NEXT »