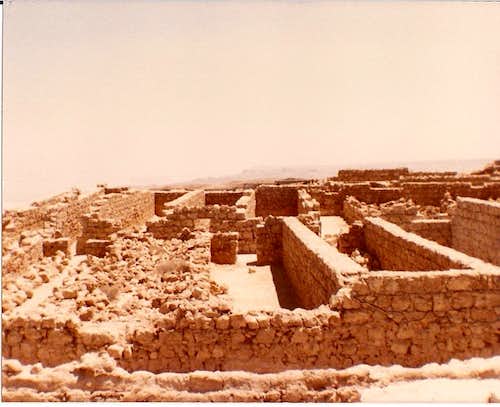 Masada is a historical mountain. From ancient times, it was a fortress for about 1000 Israelites. When the Romans were conquering Israel, they tried to capture Masada. From Masada, you can see where the 15,000 Roman soldiers camped on a nearby hill. The Romans eventually built a giant ramp that breached the walls of Masada. There was no battle, for the defenders of Masada had committed suicide rather than die at the hands of the Romans.

Masada is a mountain right next to the lowest place on land, the Dead Sea. From ground level (below sea level), the cliffs rise to about 450 meters high, while Masada is only 58 meters above sea level. The elevation is lower than Masada's height because the base is below sea level.

This is a really cool mountain to climb not because it's really big or tall, but because it is unique in that it's near the lowest place on land. 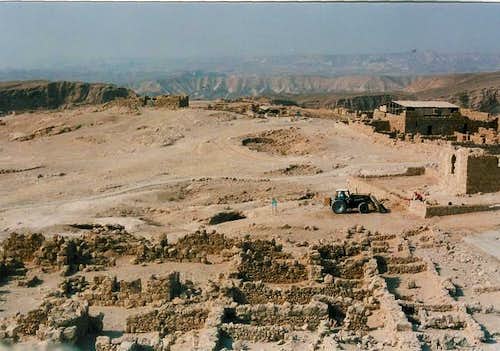 There a few routes up the Mountain:

One is a comfortable gondola/tram that takes you up the mountain with nearly no work.

The other is a sidewinding snake-path up the side of the mountain. It switches back and forth uncountably the whole way up. It is very thin and composed of steep hills and staircases. It is a hard route, so make sure you are up to it before you attempt it.

The old Roman ramp would be a route up the mountain but it is not open to the public so don't plan on hiking up it. 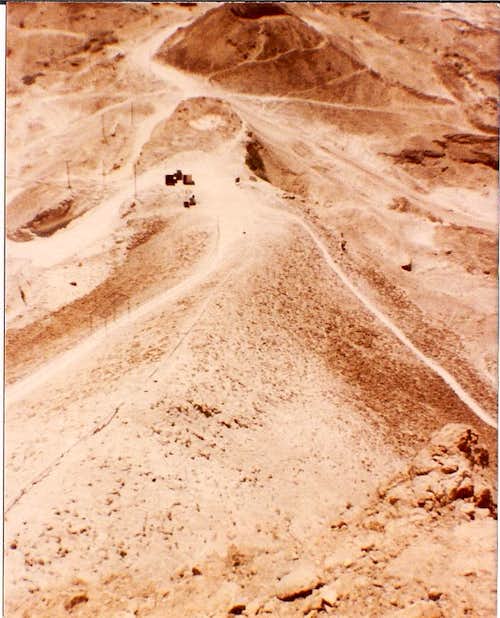 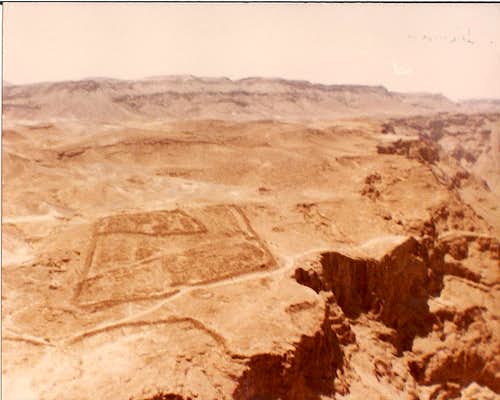 Ruins of the Roman Camps

There are parts of the ruins on top that the public can't go to. Most of the ruins are accessible though. There are sets of pathways throughout the fortress that anyone can walk on. These pathways inter-connect and form a whole system that weave through the ruins. 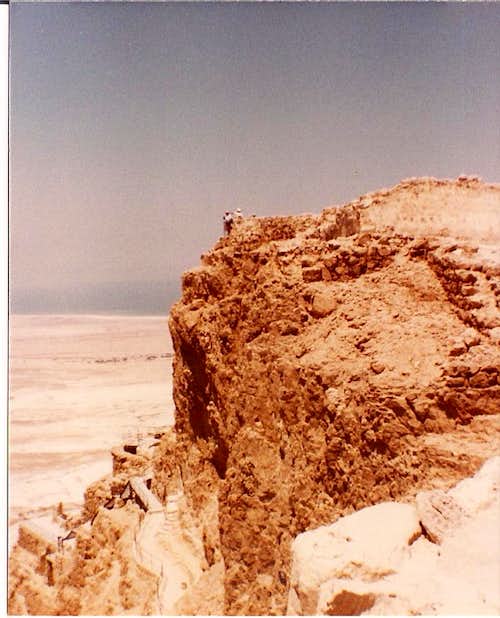 Masada is accessible all-year round. It is hottest during the Summer but still bearable. Definitely go on the morning because the heat gets unbearable later on in the day.(It is right next to the lowest place on land). I guess you'll get a feel for what it was like for the ancient Israelites if you go during the hotter season. 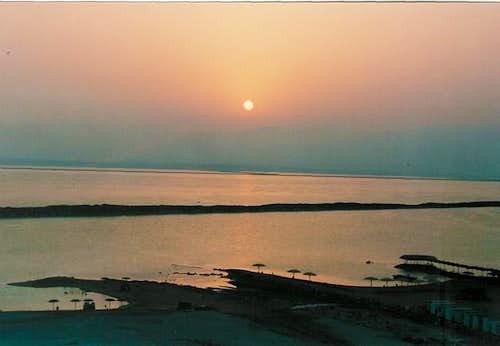 This is one of the hottest places I've been to. Don't bring a jacket. My family and I were roasting. Bring lots of water because it is easy to get dehydrated. The orange rock seems to absorb heat and then release it as you walk on it. 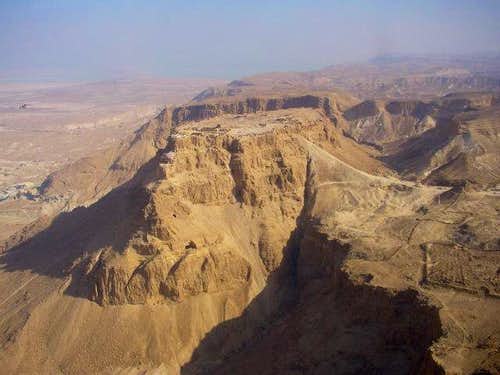 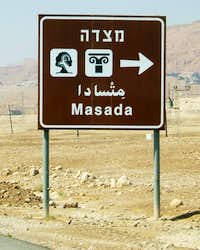 From the Dead sea, it is about a 20 minute drive on one road to the base of the mountain.

Masada National Park is 18 km south of Ein Gedi, or 12 km from Ein Bokek to the cable train on the east side.
To the West side, the access is from Arad only.