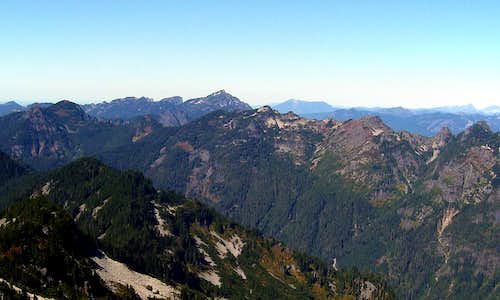 Red Mountain Benchmark from Lennox Mountain. Red Mountain Benchmark in center (just right of Mount Index), 'Red Mountain' on left.
Ladies and Gentlemen, it is my privilege to introduce 2014's recipient of the 'Underrated Peak of the Year Award' - Red Mountain Benchmark (aka Mount Rudderham). I know what you're thinking - how could I possibly give this award so early in the year? Well, I'm convinced that I will not find a quicker and easier scramble with great views in the remaining months of the year, so I've decided to break with tradition and give the award in July.
Red Mountain Benchmark is the high point of an east/west trending ridge that is located seven miles south of Index, and seven miles west of Skykomish. The obvious question may be 'Why isn't the high point of the ridge named Red Mountain on USGS maps?' Well, the short answer is 'Because it isn't red'. It is easy to see why early prospectors in the Money Creek Valley named the 5447' high point (1.5 miles to the west) 'Red Mountain'. While Red Mountain Benchmark is fairly plain-looking from the valley, 'Red Mountain' is much more impressive in appearance, and contains a substantial amount of reddish-colored rock.
While the views of Red Mountain Benchmark are nothing to get excited about, the views from the mountain make it well worth the minimal amount of time and effort it takes to scramble up its south slopes. This peak also boasts an impressive 1516' of prominence (17th in King County), which pretty much makes it a mandatory scramble for local area peakbaggers.
Note: Special thanks to Klenke for pointing out that this peak is referred to as 'Mount Rudderham' in the Cascade Alpine Guide. My apologies for this oversight - the name has been added to the title page. 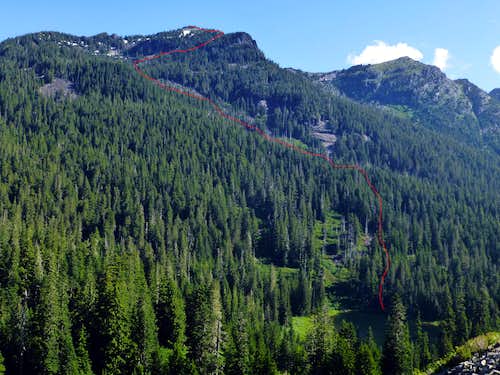 Red Mountain Benchmark route. Lake Elizabeth can be seen at bottom of photo.
Follow the trail that encircles Lake Elizabeth counterclockwise until reaching the northeast side of the lake. Start heading straight up the hill from this point, either in a north or northeast direction. Which you choose might be determined by the length of your legs. On the way up, I chose to head northeast, crossed the prominent creek drainage at 3400', then had brush free boulder hopping for the rest of the ascent. Some of the rocks in this drainage are absolutely humongous, so if you are vertically challenged, you may be better served by staying in the forest on the west side of the drainage. (I chose to come down this way just to do something different - some brush, but not too bad.) At about 4500', you will arrive at a small meadow at the junction of two small creeks. Same deal as before - if you like boulder hopping, stay right. If you don't like boulder hopping, stay left. I chose the right fork on the way up, which is seen in the photo below. 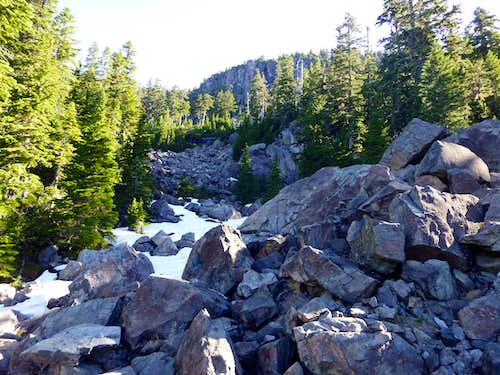 Red Mountain Benchmark route at 4500'
Towards the top of the photo, you will notice a small cliff band that starts at about 5000'. This can be bypassed on either side, but I think the right side is a little bit easier. Circle around the cliff band counter-clockwise (mostly class 2), at which point you will be on the ridge that trends south from the summit. From this point, a few minutes of class 2 scrambling will put you on the summit. 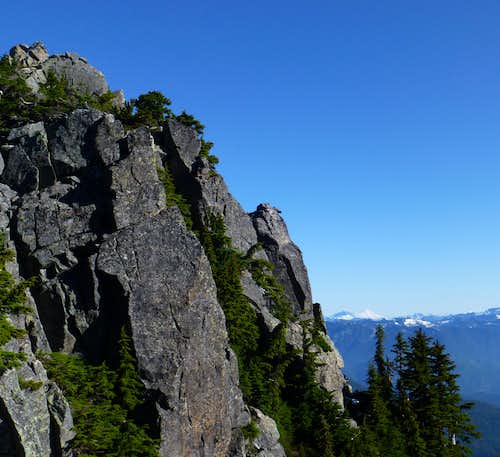 Red Mountain summit from south
Upon arrival at the summit, I was surprised to find some wood debris and metal wire. I don't know what kind of facility the Forest Service may have had up here, but there is not a flat spot big enough to support a lookout structure. Perhaps someone will be kind enough to shed some light on this for me. There is a summit register, but it is of poor quality, and is completely waterlogged. 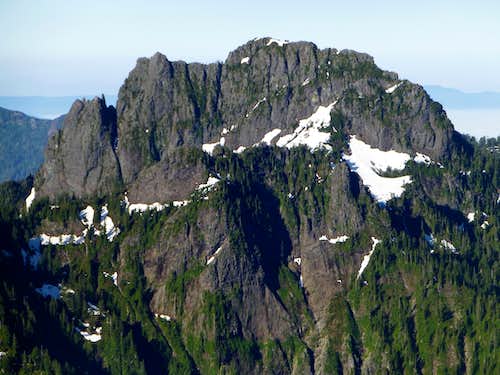 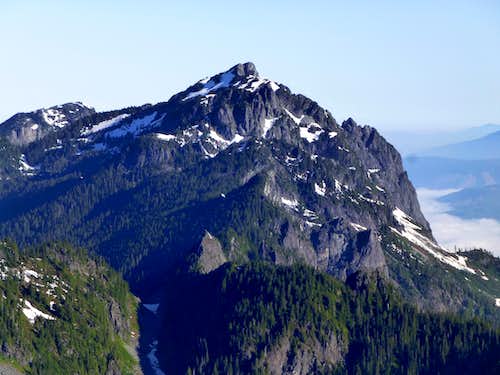 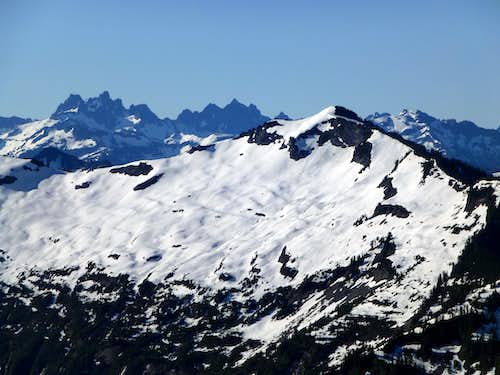 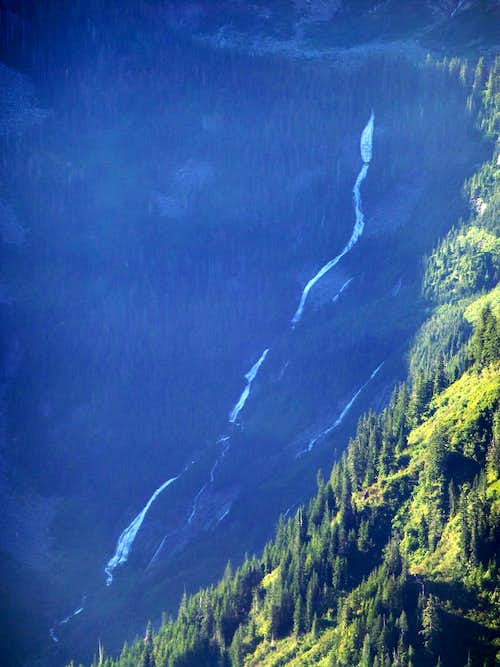 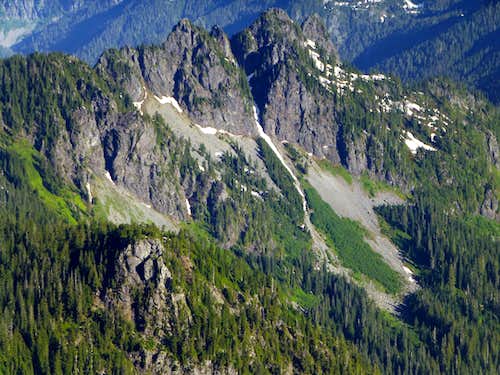 A parking pass is not required for Lake Elizabeth at this time.

Any time it is possible to drive at least part way up Money Creek Road. This scramble appears as if it would be excellent in early season (April - June), but would be just fine in late season as well (July - November). An ice axe should be used for early season ascents.

The nearest official campground is the Money Creek Campground, located near the intersection of US2 and Old Cascade Highway. It appears as if there are numerous spots along the Money Creek Road where one could camp in a less civilized manner. There are certainly other things to do in this valley if staying overnight, with numerous mine shafts and waterfalls to explore. Additionally, from the end of the Money Creek Road (0.8 miles from Lake Elizabeth), an unofficial trail leads to Crater Lake. This might be a good route to take if interested in scrambling up the 'real' Red Mountain. It is probably possible to traverse between Red Mountain and Red Mountain Benchmark, but this route is untested by yours truly.