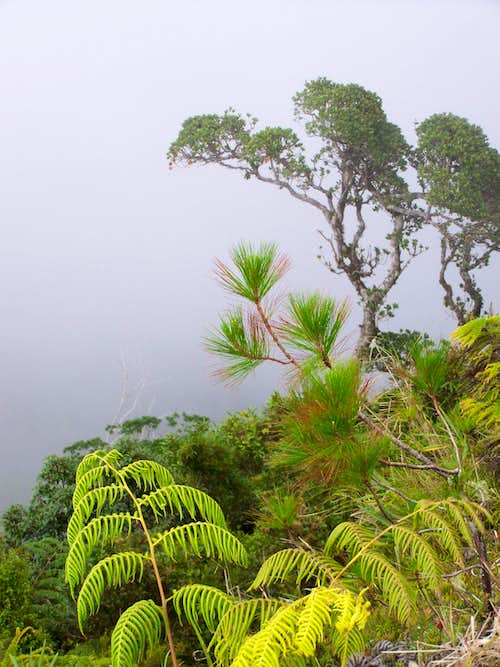 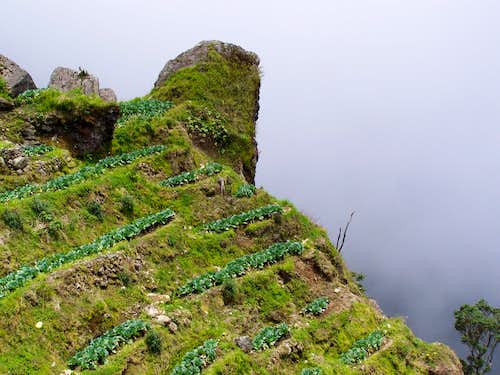 Unrealistic "garden" along the trail

The tour to Mount Santo Tomas can give mixed impressions. There are two huge radio transmission stations on the way, and apart from a few people nobody likes their view. There are also intensive agricultural areas along the road. But only a few houses. And you can see intact forests, with pine trees, and near the peak you can see such vegetation that is not usual in most areas of the Philippine Islands.

The best thing with this mount is that despite its height is over 2000 m, you can go up to its highest peak practically from the city center of Baguio, because it’s so near. 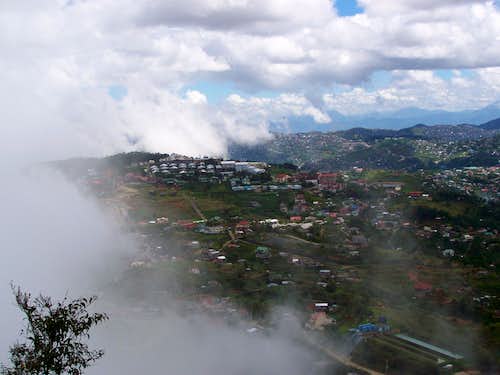 View of Baguio from the trailhead

If you are a resident of Baguio City, then you have nothing else to do than just to go up. Going from Manila first you must get to Baguio City. The easiest way is to get an evening bus from Metro Manila, from the Victory Liner Bus Terminal in Cubao, EDSA. It’s advised to get an evening bus at 10 p.m. that will get to Baguio 6-6.5 hours later. There are buses to Baguio every hour. The Victory Liner buses approach from the direction of Marcos Highway. This is just good for us because the trailhead is in this direction of the city.

The Way up to the Peak 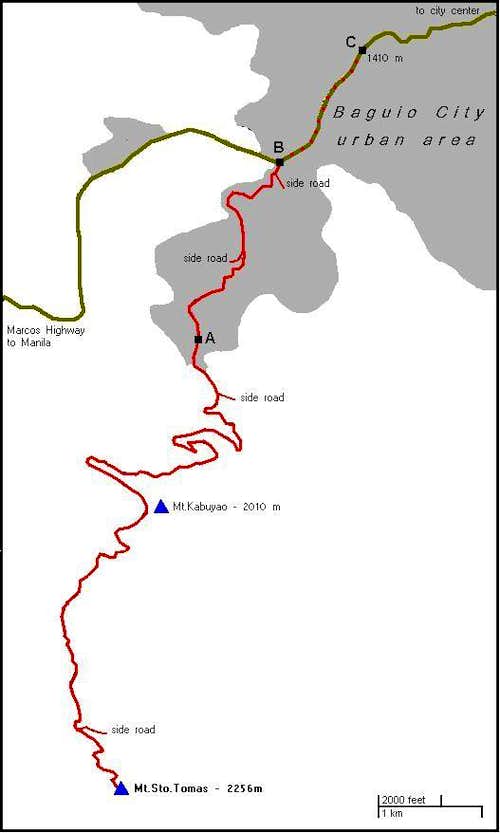 Overview map of the route to Mt. Sto. Tomas 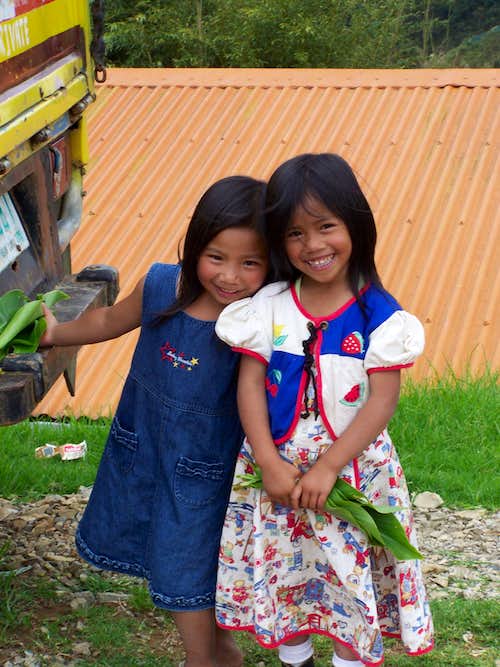 Filippino beauties in a local hamlet

I see 3 logical options to go up to the peak. All them follow the same route. The difference is in the length and effort.

Option A)
The shortest and easiest approach.
The Victory Liner bus coming from the direction of Manila enters Baguio City. Just after entering the city, you should identify the highest point of the road. At the highest point left to the road (to north) there will be a space with a petrol station, while to the right side (to south) there will be a side street and a hill. This is where you have to get off the bus. This point is indicated with point B on the attached map.

Here you can take a jeepney and go to its final stop. This point is indicated with point A on the attached map. From there the trailhead is only a few hundreds meter far. The jeepneys go every 20-30 minutes, and they are very cheap (approximately 8-9 PHP).

After finding the trailhead it’s difficult to get lost, especially if you have the map I attach here. The trail in reality is a road suitable for 4 x 4 cars. There are two sections of the tour. One is to go across Mount Kabuyao. It is a 2010 meter hight mount with a radar station on its top. The road goas up near the top. Then after some elevation loss you can start the second section of the tour, going up to Mt. Sto. Tomas.

Option B)
The same as Option A – just walking the distance from point B to point A. Select this option if you don’t like jeepneys or if you want to perform more.

Option C)
This option is for the “extremists” who think that without this the hiking would be too small and too simple. With this option you can perform an elevation difference of 845, and a distance 25 km. You can start this option from point C as indicated on the attached map. Point C is in a height 1410 m above see level. This is the lowest elevation of the road leading from point B to the city center of Baguio. This point is only 2.5 km from the city center. After reaching point B, follow the itinerary described in Option B) and A). 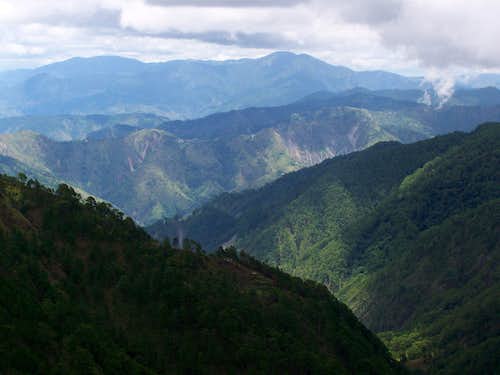 View from the mountain to east

The very top of the peak has a radio transmission station. It’s within a fenced area, so you will miss the top 10 meters of the peak. Altogether the peak is not very nice with the station. But the way leading here has a lot of nice moments, so worth the effort.

Best season to climb - practically any time, but in order to get less chance for rain, the best is between November and March. Anyway I did it in June and I got only a minimal rain spray.