NE Ridge - Julian on the knife 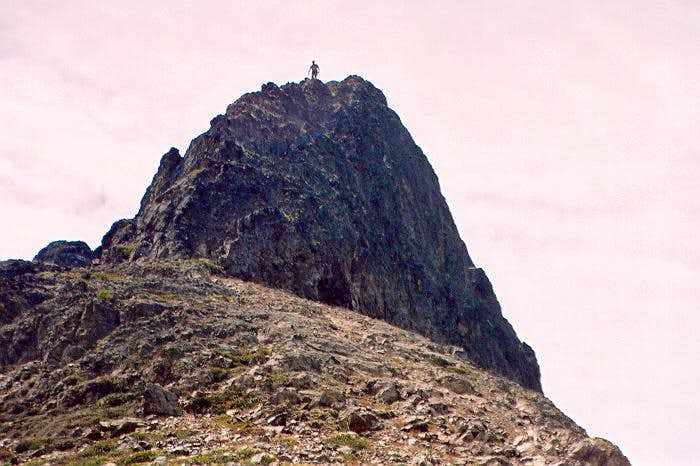 This is Julian climbing off the rotten and licheny knife-edge just above the plateau. I went down ahead looking for a place to rap off laterally to a broad ledge on the north side. I kept going and going and soon realized there was nada to rap from. I eventually surmised that we could simply downclimb the whole thing (mostly loose Class 3 but with a few Class 4 parts sprinkled in). The other two were none too pleased and it was about the time I took this photo that Julian made a few imprecations at me. July 22, 2006.
« PREV NEXT »

The Skeeters are Oh So Mean on Hozomeen(Trip Report)