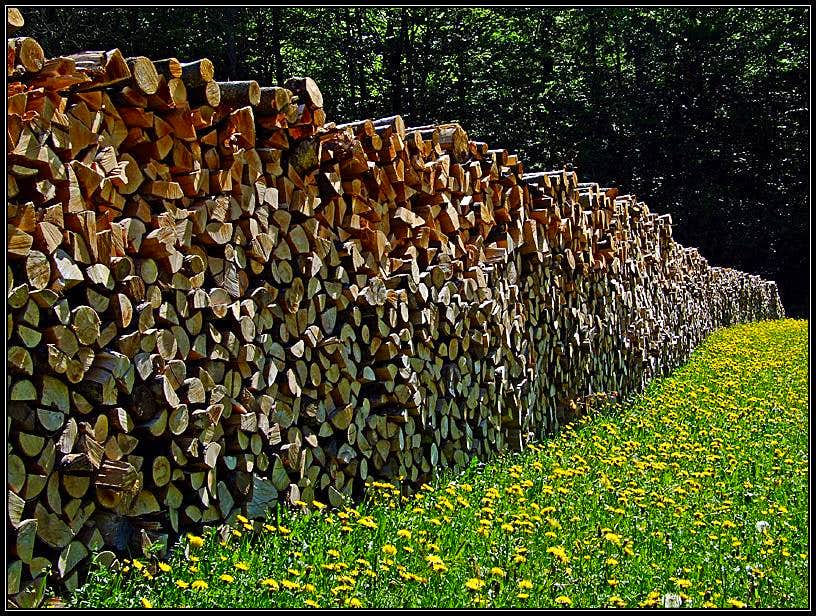 This is only a half of the huge pack - I couldn't get them all on picture. The scene reminds me on that joke of white men, old Indian and a forthcoming severe winter :) Here it goes: White settlers were afraid of a harsh winter, so they were cutting a lot of woods to prepare for it. But, as they were still uncertain, they decided to go up on the mountain to ask the old, wise Indian for an advice. He confirmed it will be a harsh winter. White men went down and cut even more woods. As they still didn't know if they prepared well, they went again to the old man, asking, if winter will really be so severe. He said that it will most certainly be. So they went down in the valley and cut all the woods they could. Again they went for a final advice to the Indian and he said that the forthcoming winter will be most severe ever. And they asked him how he knew that. 'White men down the valley are cutting a lot of woods', he replied. The picture was taken below Kocna mountain, above Jezersko resort, Kamnik Alps.
« PREV NEXT »

First I thought this was your work! ;-)
Really a lot to do. Wonderful flowers there!
Cheers, Thomas

First I thought this was your work! ;-)
Really a lot to do. Wonderful flowers there!
Cheers, Thomas

My work? No, I'm expecting a good summer, not winter, he, he.