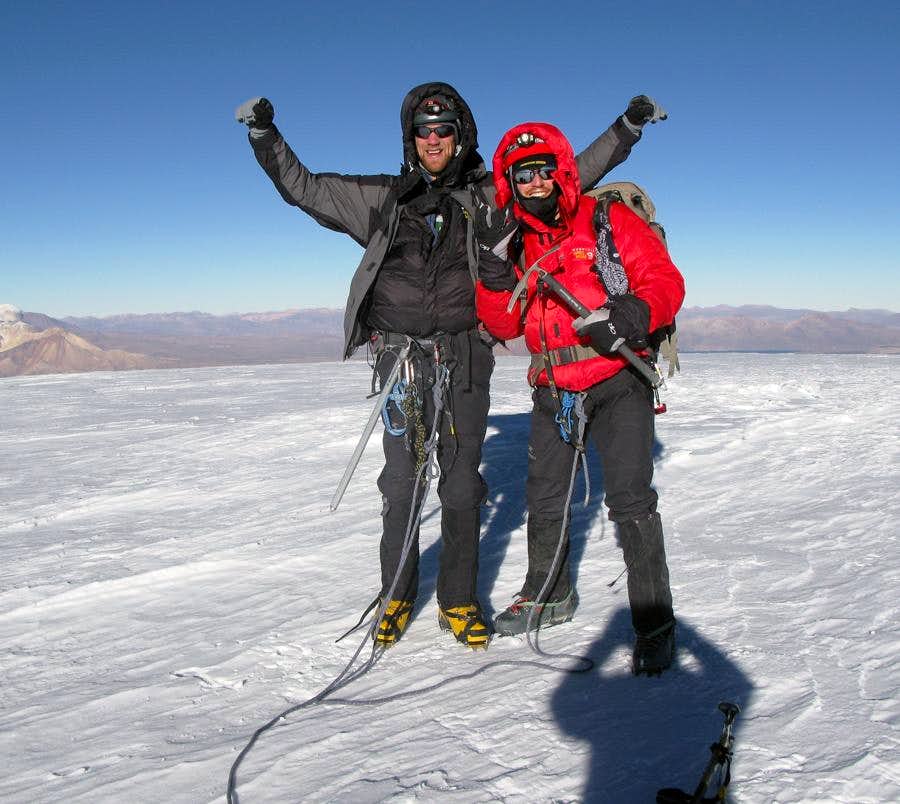 Tom and I reached the summit of Nevado Sajama a few hours after the sun rose on June 26th. Sajama was by far the highest, coldest, and windiest place I have ever been. I have no idea how cold it was during the climb, but suffice to say that Tom put a nalgene water bottle under two thick jackets before heading out for the summit, and by the time we reached the top of the peak it was frozen. Additionally, I developed a slight case of frostnip on one of my fingers during the descent-- for the following month it acted as a constant reminder of our human vulnerability. Photo Credit: Eduardo Mamani 21,463 feet above sea level
« PREV NEXT »

Yeah. The summit was pretty anti-climactic.

In fact, the summit is such a huge plateau that a big football match was played on top. Here is the article:

That's outrageous! Before I check out the link I would imagine the altitude played into the game considerably.

This is an awesome accomplishment.

Sajama. I was gonna try Sajama and Parinacota last march but i got robbed in Mendoza and my expedition ended before scheduled.....
That is by far the coldest south american mountain, it can get to -30°C!
Great shot and weather!
Cheers