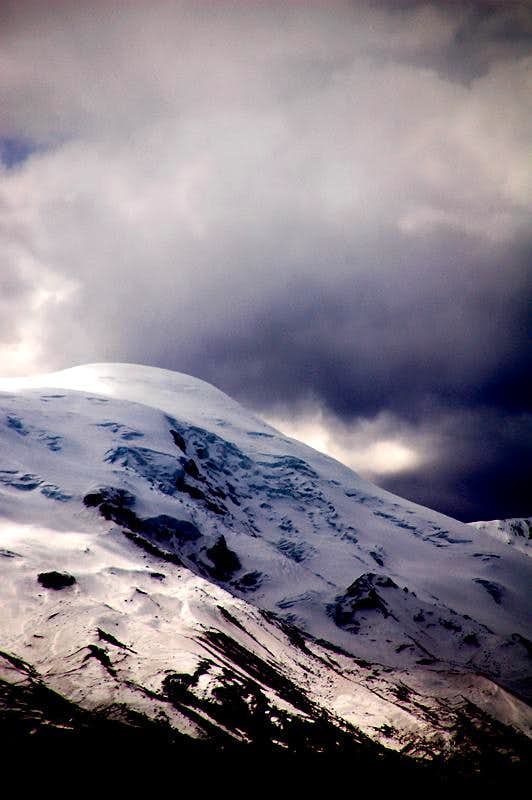 Coropuna from the south/southwest. This picture was taken from inside the llama barn that i called home for a week in a small Quechua settlement on the redundantly named Quebrada Rio Blanco. The sky was almost continuously blue in late June, but occasionally clouds would roll in from behind Coropuna, providing some interesting lighting effects. The Rio Blanco settlement is at approximately 13,100 ft. (4,000 m).
« PREV NEXT »