This is a dormant page that I mostly use to create body sections that I cut and paste into regular mountain pages. Some items on page are just experiments. Please ignore. 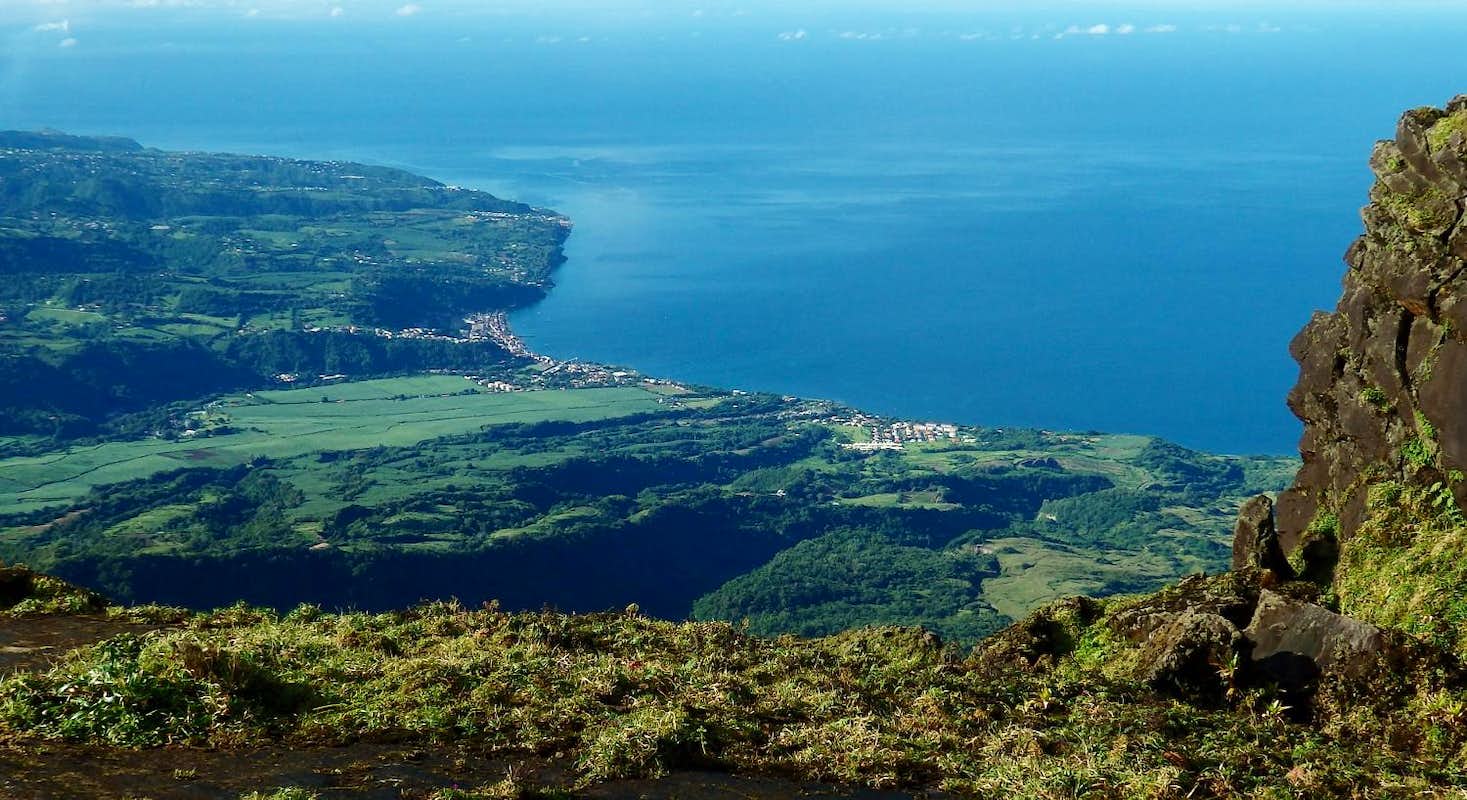 The Aileron Route is the standard route up Pelée. It gets a lot of traffic during the middle of the day, but it's pretty much deserted at dawn. And you should go at dawn.

As a matter of fact, you should go before dawn. Here on the east side of Pelée, as well as on the summit cones, is the domain of the clouds--dark, dense, wet clouds, day after day after day. If you don't believe me, play the last 30 days of midday images from one of the Pelée webcams. This mountain is a cloud magnet, and the east side is the cloudiest side of a cloudy mountain. That said, if you leave the Aileron trailhead at 5 a.m., the odds are good that you'll beat the clouds, emerging at some point during your ascent into magical, clear views ... which might persist for an hour or two after dawn. Go for it. You can sleep in the afternoon, after you get down.

A route with a tiny fraction of the usage of the Aileron Trail is the ascent of Pelée's west flank via "La Grande Savane" (the great savanna). This is a beeline route that doesn't have the scenic variation or interest of the Aileron, but it's not a bad choice for people who are getting a late start. This is because the west side is drier and less apt to be socked in by cloud, meaning you're likely to get at least some views on your way up, even if you don't get any on the summit.

The crux of the Grande Savane route is getting there. Drive north from Saint-Pierre on the D10 toward the village of Le Prêcheur. On the south end of that village, there is a signposted right turnoff for Pelée. Go straight up this, with no turns, till it dead-ends at trailhead parking, where there is space for a few vehicles. The 2000-foot climb up this single-track, overgrown, potholed road is extremely steep. I've done it (barely) in a rental Clio, but I left quite a bit of burned rubber and maybe a few bits of the undercarriage along the way.

The Grande Savane trailhead is at about 670 meters, leaving you 730 to ascend to the top, but since it lacks the ups and downs of the Aileron route, it may not be much more effort overall compared with that trail. The first 70 meters/200 vertical feet are in a pretty fern forest; after that, you're out in the wide open "savane," and this can be a blazing hot climb (don't forget the sunscreen). The path goes straight up through the tall grass, with an ascent grade of 25-35 percent. At 1155 meters, where it intersects the caldera trail near an automated weather station, you'll need to pay attention; the continuation of the trail eastward and upward toward the Troisième Refuge is a little hard to spot among the rocks and vegetation. Just remember that this path is direct--you need to look straight up.

The Grande Savane trail ends at the ruined Troisième Refuge, just below the Cône de 1902. Proceed from there as discussed in the Aileron Trail section. 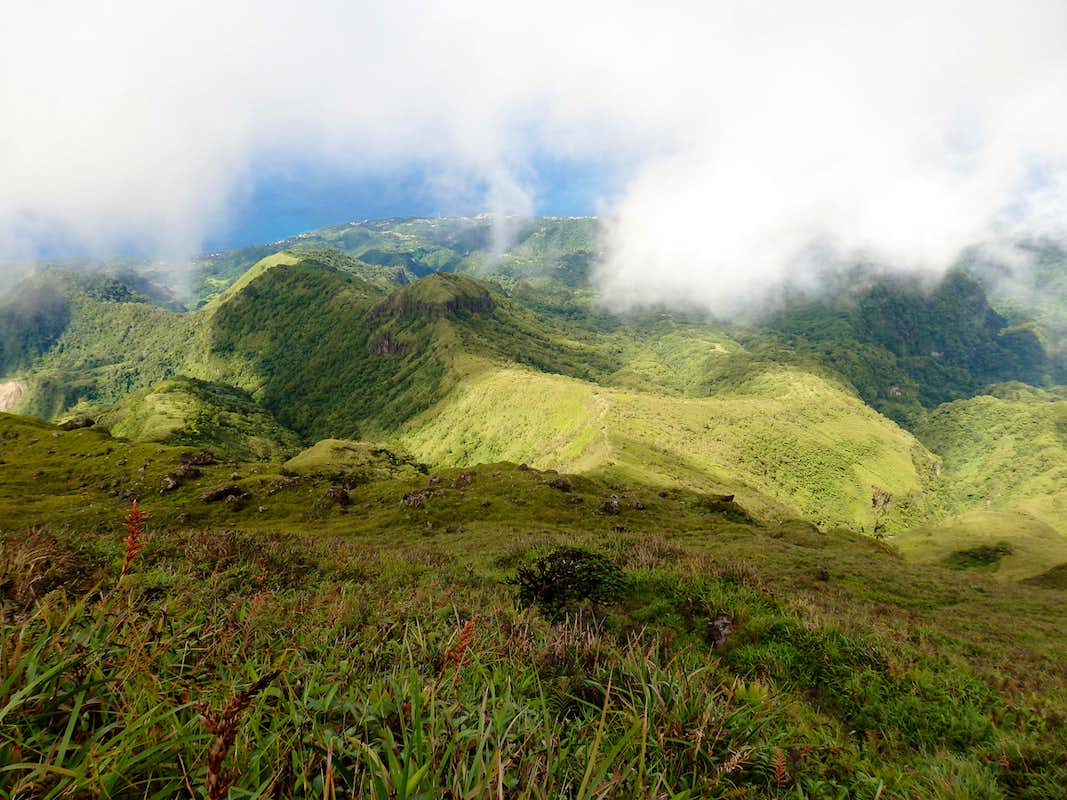