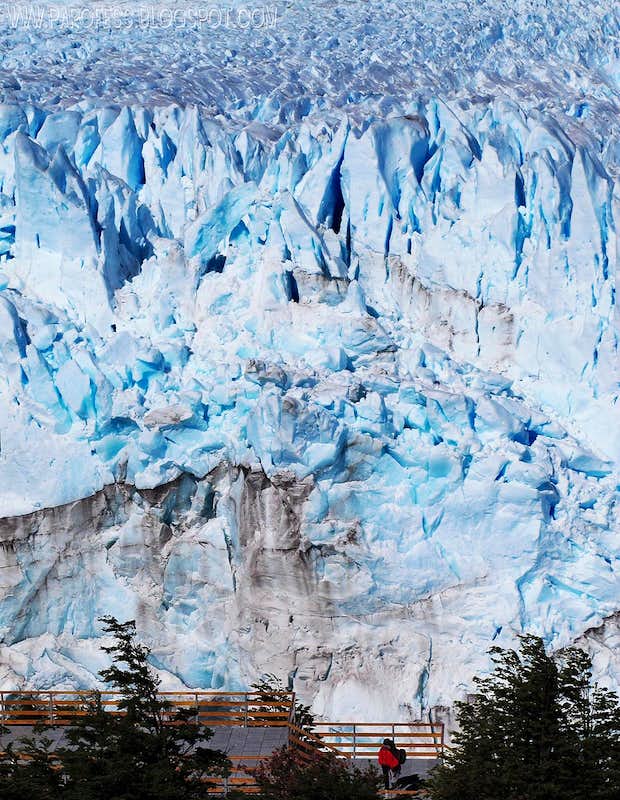 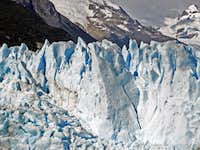 The Perito Moreno Glacier is a glacier located in the Los Glaciares National Park in the south west of Santa Cruz province, Argentina. It is one of the most important tourist attractions in the Argentine Patagonia.

The 250 km2 (97 sq mi) ice formation, and 30 km (19 mi) in length, is one of 48 glaciers fed by the Southern Patagonian Ice Field located in the Andes system shared with Chile. This icefield is the world's third largest reserve of fresh water.

Periodically the glacier advances over the L-shaped "Lago Argentino" ("Argentine Lake") forming a natural dam which separates the two halves of the lake when it reaches the opposite shore. With no escape route, the water-level on the Brazo Rico side of the lake can rise by up to 30 meters above the level of the main lake. The enormous pressure produced by the height of the dammed water finally breaks the ice barrier holding it back, in a spectacular rupture event. This dam/rupture cycle is not regular and it recurs naturally at any frequency between once a year to less than once a decade.

The Perito Moreno glacier, located 78 kilometres (48 mi) from El Calafate, was named after the explorer Francisco Moreno, a pioneer who studied the region in the 19th century and played a major role in defending the territory of Argentina in the conflict surrounding the international border dispute with Chile.

Due to its size and accessibility, Perito Moreno is one of the major tourist drawcards in southern Patagonia. It is less than two hours by bus from El Calafate, and many tour companies run daily visits. A large visitor centre at the site features a walking circuit which allows both faces, and the surface of the glacier to be seen. There is also a restaurant at the site.

In recent years, trekking tours on the ice have gained popularity. The two standard tours are a "mini-trekking" option, consisting of a short walk of about an hour and a half, and a "big ice" version, which is usually about five hours. Tour companies generally provide crampons to customers. 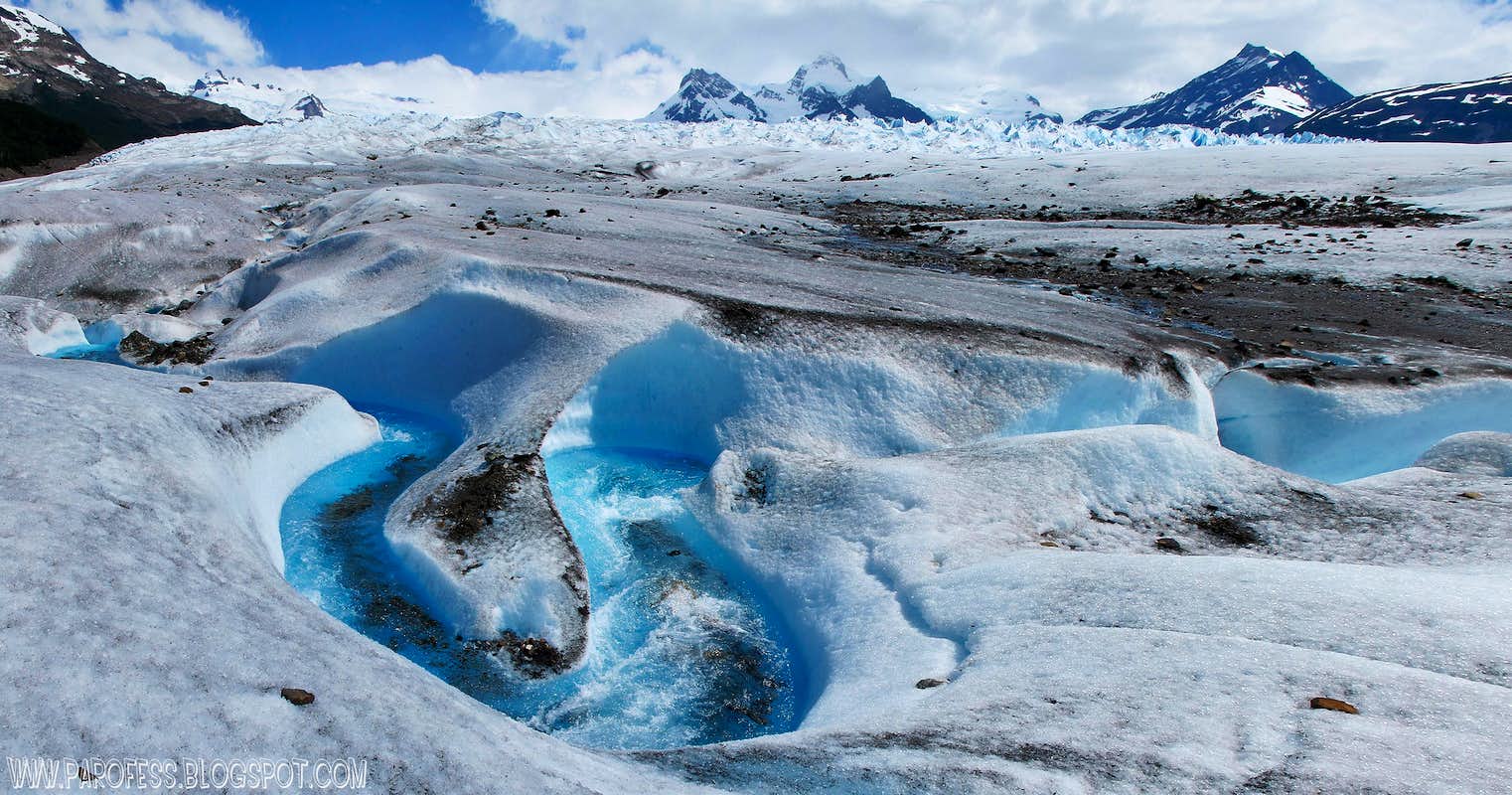 Strong waters, if people get into these waters, good chance of death. 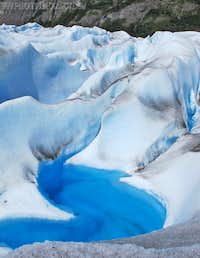 Atop Perito Moreno looking at a blue river
Like all glaciers, this one begins high in the mountains—in this case, the Andes, which separate Argentina from Chile. At the source, snowfall is nearly constant, and the weight of all this snow compresses the lower layers into virtually solid ice. As the snowfall continues, gravity pushes the thick mass of ice outward—downhill in this case. So a glacier is basically the same as a river, except that the water is frozen. This river moves very slowly—about one meter per day—from its source roughly 30km (19 miles) away. As it descends, it encounters higher air temperatures and begins to melt. Some glaciers melt into the ocean; this one melts into a lake. The end of the glacier is a sheer wall of ice about 5km (3 miles) long and standing 60m (200 feet) above the water’s surface. When pieces fall off—a process known as calving—they make a tremendous roar and splash.

The Perito Moreno glacier also has several unique features. For one thing, it is, at the moment (according to some experts, at least) the only glacier in the world in a state of equilibrium—neither advancing nor retreating. Retreating is the norm, due to global warming—numerous glaciers have disappeared in recent decades, and many others are shrinking rapidly. The Perito Moreno glacier, however, advances at the same rate ice breaks off, and has done so for many years.

Its neighborhood Upsala glacier, a lot bigger, is melting very rapdly and at the last 12 months it lost 1km of its ice, very very fast.

From El Calafate city/ Patagonia Argentina/ several agencies drive you up there, no need to drive by yourself but if you want to, very well signed way. From El Calafate it is only around 40 miles drive.

Forbidden to hike this glacier by yourself since it is a natural wonder of the world, mandatory agency authorized guide. That sucks but it is probably for the best...

Some links to find yourself a company to book the trekking, although it's not a big deal since every single agency at the city does the tour:

Just after the river cross on a boat, you will reach a refuge in which is possible to sleep. Before the cross there is a camping just before the Lengas forest, very cool place to see wild animals such as beavers, bunnies...