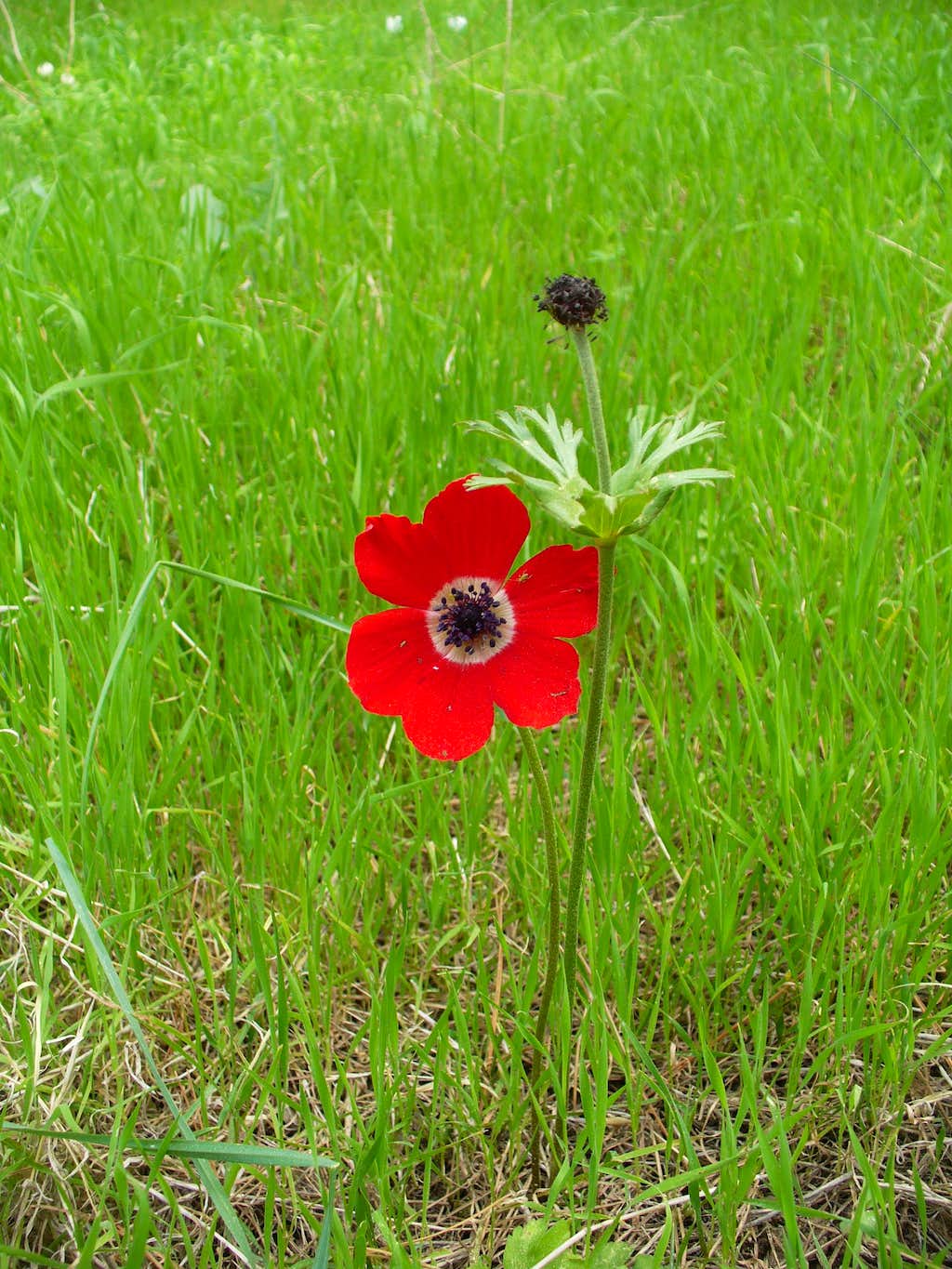 Anemone coronaria is the original Anemone, also known to the ancients as Adonis, for the legend has it that these scarlet flowers are droplets of blood of dying Adonis. Adonis, the beautiful and ever-young god of ephemeral spring vegetation, came into the Greek Pantheon from the Eastern Mediterranean. The venerated locations were in Syria, Phoenicia, and Cyprus. Irresistibly handsome, Adonis was famously seduced by Aphrodite before his untimely death, but he is reborn every spring, soon to die again. The cult of Adonis was a secret women's rite, and included planting of little rooftop flowerbeds of early spring plants. The plants soon withered and were lamented by the women, as if brought by the winds and snuffed out by the winds ... hence the other name of this red flower, the Anemone, i.e. wind-flower. In Israel, the poppy anemone, called kalaniyot, is easily the most beloved wildflower. In the years of British Mandate over Palestine, the British imperial troopers were also dubbed Kalaniyots for their red berets. So to warn the independence fighters that the British are close, someone would just whistle a bar of a popular children's song about this anemone. Mt Gilboa, Israel, 3/18/08
« PREV NEXT »

Beautiful flower
Great contrast
I like it!
:-)
Thank you for story about flower

Thanks! From my grade school I kind of knew that Adonis is associated with spring and flowers, but I was surprised to learn what the tale really was :)

You did your homework too!

Contrast and saturation of color, yes, that's exactly why this one picture often reminds me of your photographs, Noondueler ! :)