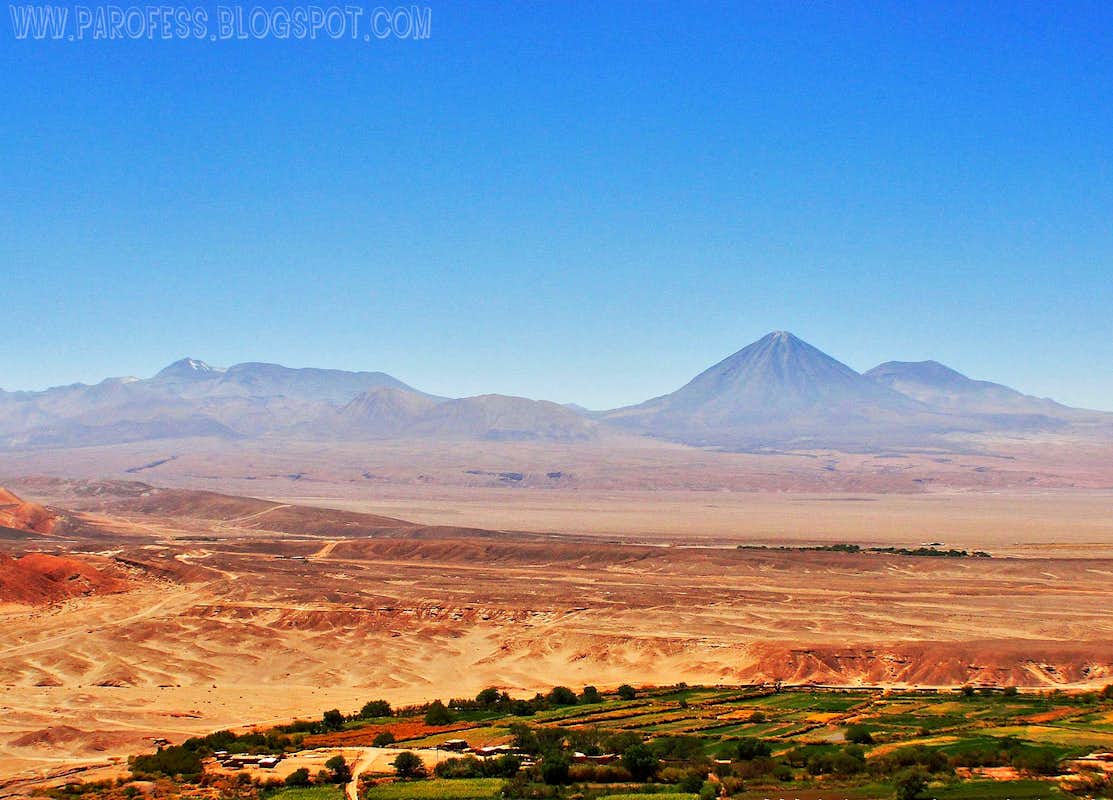 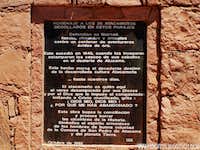 Quitor Hill is a 2600m hill 3km away from San Pedro de Atacama, a short bike ride from its main center. I did this hike in march 2010 and now I decided to share with you guys since it offers the best view to all volcanoes of the area. The hill holds the ruins of Pukará de Quitor, very interesting to visit and spend some time.

A little bit about Pukará de Quitor...This old "Fort of Quitor" was build by atacameños (people from atacama) to defend themself from other towns that inhabited South America. Entering Quitor, a fort builded in the XII century lies on the summit of a hill over the river San Pedro. Pukará de Quitor is an ancient indian fortress, which dates from more than 700 years old!

Declared National Monument in 1982, its construction pre-Inca dates from the XII century. Builded over rocks that form the surface of a hill as a fortress with a perimetral defence wall. The ruins of Pukará de Quitor are located in a bend of the bankruptcy where flows the waters of San Pedro river, or Río Grande (Grande river) and over a inclined plane of strong slopes. It takes its name from the pre-Hispanic group, the "Ayllu de Quitor", whose cultives fields are born on the foot of the Pukará Quitor, fort erected in the course of the XII century, like an answer to the expansionistic of the Aymaras neighbors .

In Quitor, all the constructions are of stone, generally edgeless and extracted from the liparita bank, on which it is seated. The houses and their small attached silo, the defensive enclosures that are noticed in the periphery and assigned to the same defensive wall, the enclosures which store grains and the watchtowers, cover in number of 160 and a surface of 2,5 hectares. Good part of the described slope has from its contiguous base to the cultive fields to its culminating point. The ceilings are always of only one water, flat or of very little inclination: The same techniques have been used in Quitor and in Lasana: beams of chañar or carob tree, branches, Ichu straw, mud covers.

It is the fastest way to reach Calama and then get to San Pedro (98 km).

The cheapest round trip tickets cost about $90.000 pesos (US$130). To get them you have to buy your ticket at least four days before the flight starts and a Saturday must be included in your stay.

he travel takes 20 hours from Santiago and there are high level buses offering you comfort and excecutive class seats.. You can answer for tariffs and schedules at the following companies:
>Tur Bus
>Pullman
>Geminis

For those who like the adventure of getting to San Pedro by car, you have to take the Route 5 - Panamericana Norte.

It is recommended to split the trip in two; the first stop in Caldera (870 km) or Bahía Inglesa and then continue the next day directly to Calama (800 km. ), where you can get all the provisioning needed for San Pedro.

t's also possible to get to SPDA from Argentina (e.g. Salta, Jujuy) and Bolivia (e.g. Uyuni, Tupiza). The specifics will vary with which bus services are running, if you're on a tour, if you're driving, weather (mostly in Bolivia), road blockades, border control operations, time of year etc.
(info by Baarb, thanks!)

Once at the city, rent a bike and ask for directions of how to get there, it takes around 15 minutes to get there.

Where to rent a bike? At Caracoles Street (most known street), several agencies do rent bikes, good ones with great breaks and good tires. The price can change between CH$ 2.000 to CH$ 3.500 for a day with the bike. There is no shades at all on the way up, so take care about the strong sun. The bikes can be left at the entrance office.

Here some info view to help folks with a general view. 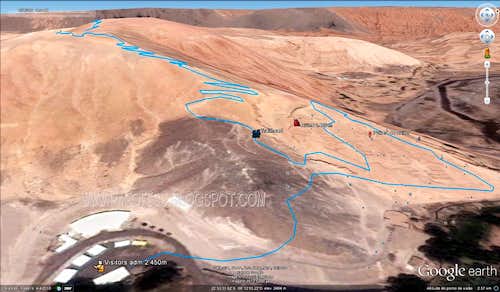 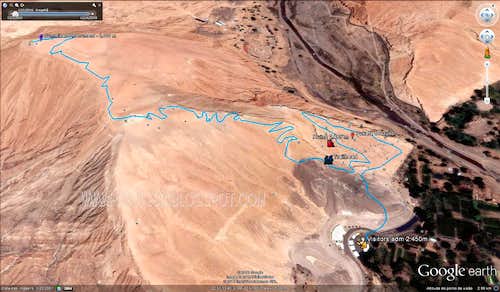 Registration needed at the office by the foot of the hill, and a fee as well, around CH$ 7.000.

No need, short bike ride from San pedro, so it can be a five hours round trip from the city, half a day will do just fine.

Don't even worrie about that, Atacama desert has over 350 days of pure sun each year. After all, it is the driest desert of the planet.

It's also possible to get to SPDA from Argentina (e.g. Salta, Jujuy) and Bolivia (e.g. Uyuni, Tupiza). The specifics will vary with which bus services are running, if you're on a tour, if you're driving, weather (mostly in Bolivia), road blockades, border control operations, time of year etc. Might be worth giving some examples of where to get bikes in town and price, and saying if there's anywhere to put a bike once there. I seem to recall there were lots of stairs at the entrance, is that right? It's also an easy walk, just one road from the NW of town, not much shade though! Also some coordinates would be good so it shows up on maps. Cheers!

I am not sure about the coordinates but the rest is on the page now. Thanks! Cheers Paulo