Rumbling Bald Mountain is an important North Carolina peak for several reasons. Although its summit is clothed in a beautiful forest of mainly oaks, it boasts an array of enormous cliff faces that have proven to be some of the East's finest rock climbing areas. Until recently, the mountain was almost all in private hands, but both of the principal owners (a Christian group and a family) were sympathetic to rock climbers, and so the mountain has always been accessible for that sport. In late 2001 the Nature Conservancy purchased over 1000 acres of Rumbling Bald Mountain and not only placed those acres under their protection, but continued to allow access to the peak for hiking and climbing. As I write this, the North Carolina legislature has recently created a new state park around Rumbling Bald Mountain, adding considerable more acreage to form Hickory Nut Gorge State Park. The official dedication will take place in 2008. 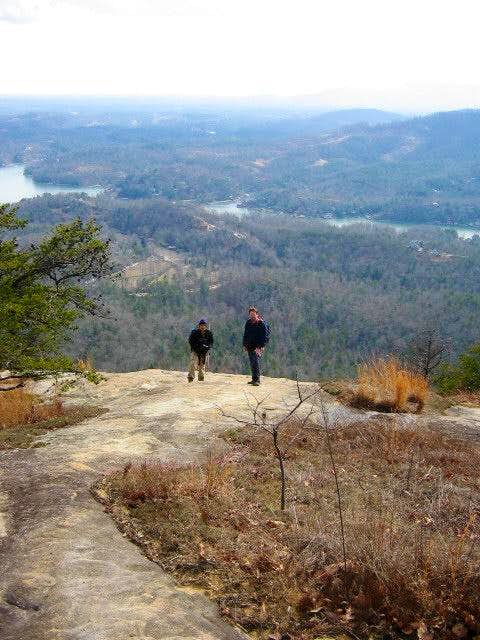 Rumbling Bald Mountain gets its name from a series of strong earthquakes that hit the vicinity between 1874 and 1886. The mountain apparently literally "rumbled" during the quakes, and there has been speculation that the sounds were caused by falling debris within the cave systems in the peak. Many of the local residents at that time fled the area, thinking the peak was going to erupt.

Today, Hickory Nut Gorge is largely developed and little of the land there is in public hands or protected from destruction by logging and construction of housing. Part of the gorge was dammed and is home to Lake Lure, often said to be the most beautiful manmade lake in North America. Chimney Rock Park is located across the gorge from Rumbling Bald Mountain and is open to the public for an entrance fee. There are many hotels, cabins, campgrounds, restaurants, and other facilities in the gorge. By now, everyone knows that the Michael Mann film, LAST OF THE MOHICANS was filmed largely in Hickory Nut Gorge. 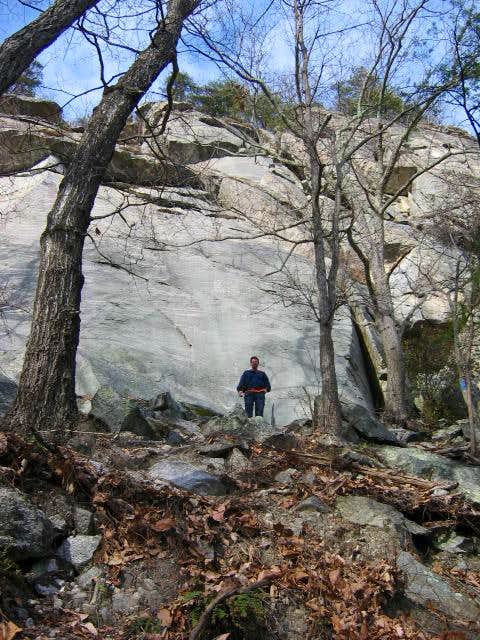 At base of the cliffs. 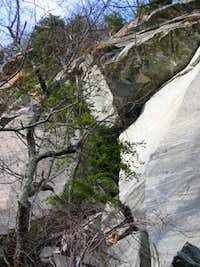 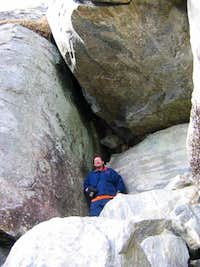 For rock climbers: From Brevard, take US Highway 64 through Hendersonville. Cross I-26 and keep going until you pass the town of Bat Cave (yes, really). US 64 joins US 74 here. Turn right and proceed through the towns of Chimney Rock and Lake Lure. Look for Boys Camp Road on your left. Drive down Boys Camp road for about 1.5 miles until you come to a gravel road at the top of the ridge (on your left). Follow this gravel road for a short distance to a parking area where the climbing routes are located.

For access to the general area from Charlotte: Take I-85 South to exit #10 (Kings Mountain and Highway 74 West). At exit #167 take take Highway 9 north for 14 miles. This will take you to Lake Lure. At the stop sign at Lake Lure, turn left on Highway 64/74 West. This will take you toward either the climbing areas, or on to Chimney Rock Park.

None. No camping, as yet (we'll have to wait and see what happens with the State Park status). Contact the Nature Conservancy for access information. 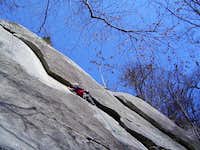 Fall and Spring would be the best times for rock climbing. But it's doable all year, I think.

For hiking, all year.

There are commercial campsites in Hickory Nut Gorge. Lots of hotels and rental cabins, also. 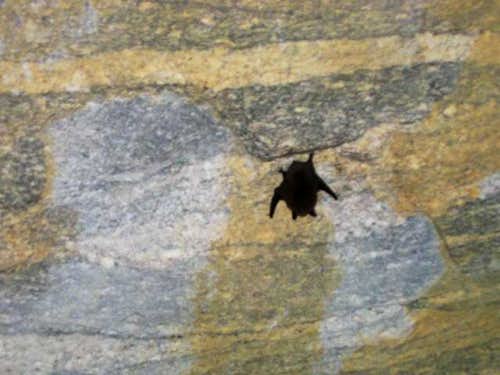 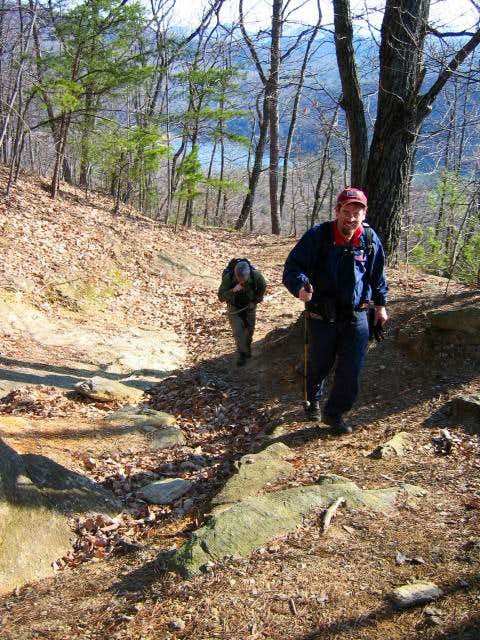 Along the "Jeep Trail" on Rumbling Bald Mountain.

Check the weather for Lake Lure or Bat Cave.

At the base of the climbing walls on Rumbling Bald is a cave with fairly easy access. It's a fun place to explore and one can do a fair share of unique rock climbing inside the mountain. 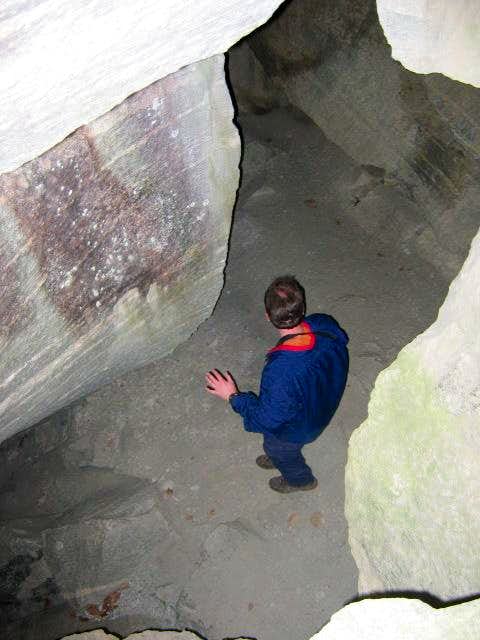 A link to a history of how Rumbling Bald Mountain came to get its current name can also be found at this location.

Rumbling Bald Bill passes creating Hickory Nut Gorge/Chimney Rock State Park. Hopefully this will allow parcels of land to be bought by the state allowing access to this great area for a long time. Contact one of the below links for more information or to support the cause.