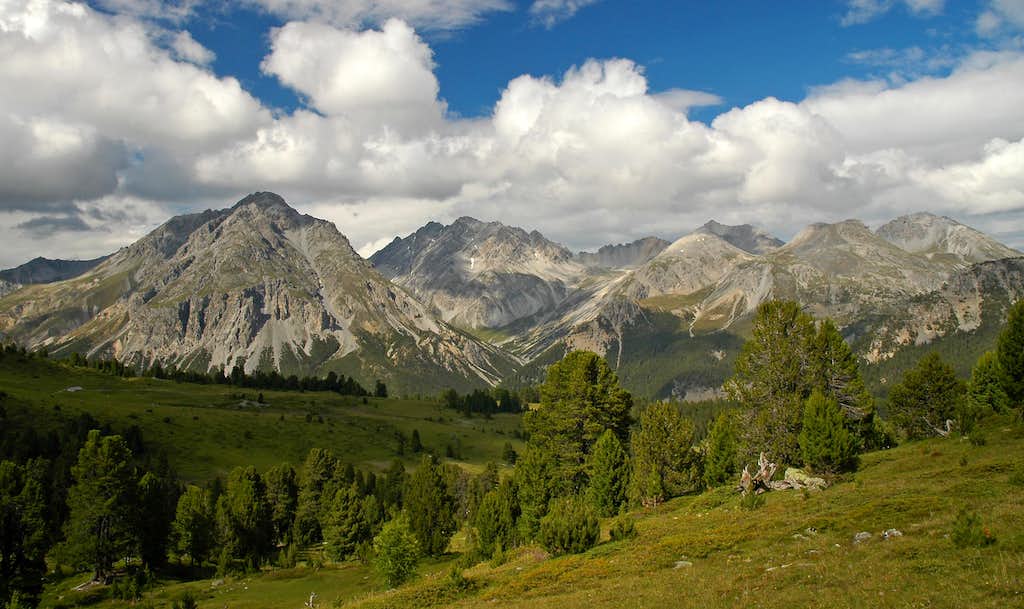 View to the Sampuoir/Tavru ridge (east part) with Piz Nair, Piz Tavru and Piz Vallatscha from the slopes of Piz Daint
« PREV NEXT »

The Sound of Music

Beautiful country, looks so much like where the Von Trap family hiked to flee Austria. Nice photo!

Re: The Sound of Music

Thanks,
this really is a beautiful country, one of the loveliest places in Switzerland and not so crowded

Re: The Sound of Music

Just to tell you - the very last scene of "The Sound of Music", the flight scene, was filmed on the Untersberg. In the film it was supposed to be a flight to Switzerland, though in reality the Untersberg goes right to Berchtesgaden, which, in those days, would really have been "walking right into the lion's cave"!!