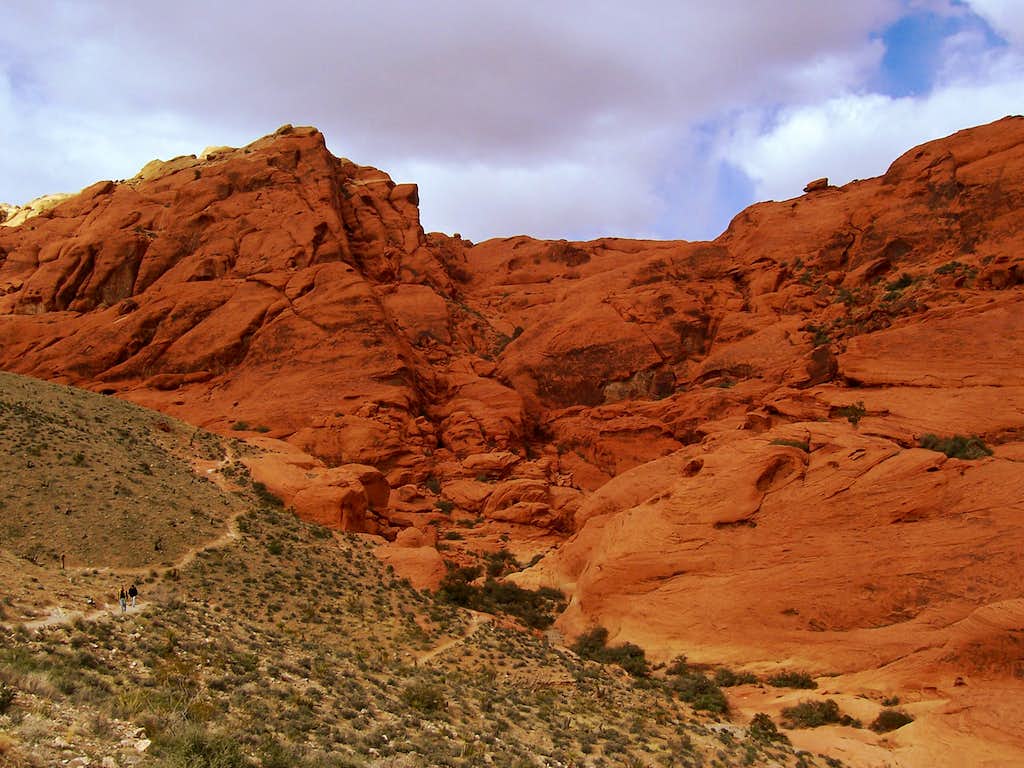 The bright red, yellow, orange and tan rocks of the Red Rock escarpment and the Calico Hills are petrified sand dunes from the age of the dinosaurs, between 65 million and 250 million years ago. They're known locally as Aztec Sandstone, and get their vibrant colours from oxidized iron and other minerals in the rock. Rock climbers come from around the world to climb on this wonderful stone. To the west, the Sandstone Quarry is the site where the Excelsior Mine Quarry mined sandstone blocks for construction between 1905 and 1912. Each chunk of sandstone was cut into a 10-ton block. Unless they had in mind building pyramids, these huge blocks were to have been further cut into smaller stone somewhere else. The operation employed as many as 15 men at a time. The 10-ton blocks were cut so that they could be transported to Las Vegas using the 'Big Devil Wagon.' This steam-powered locomotive-like behemoth could haul 20-tons of cut stone on a single trip. The odd-looking contraption also burned about 400 GALLONS of crude oil per day!!! Needless to say, the operating costs forced the mine to close down in 1912. If the mine had been successful, would these sandstone hills still be here??? March 16, 2008 at Calico Hills in southern Nevada
« PREV NEXT »