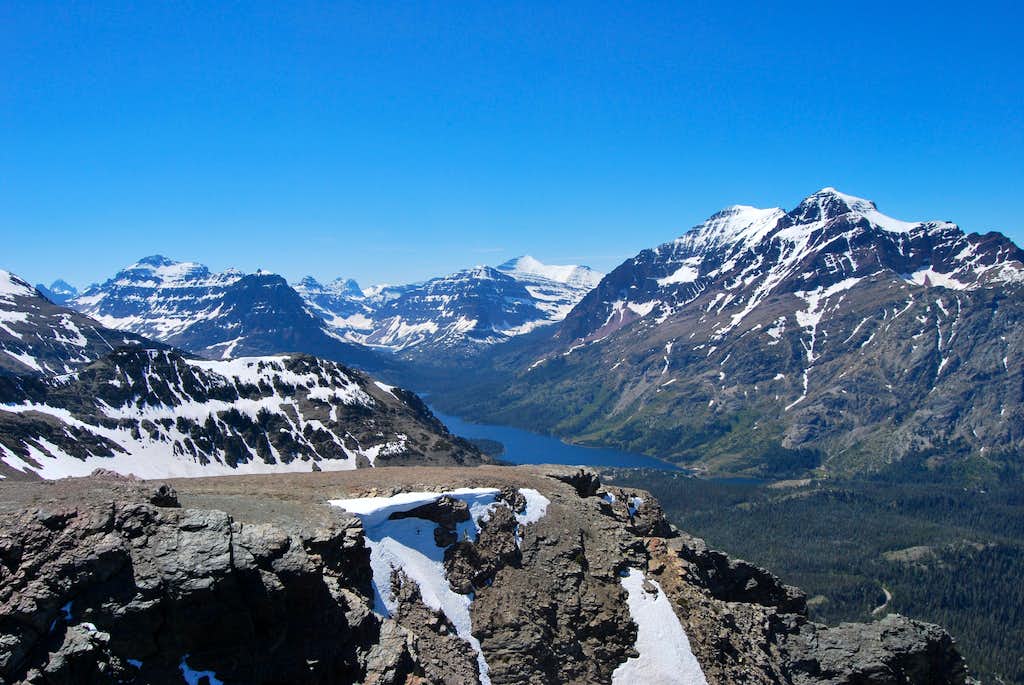 Scenic Point truly lives up to its name, as evidenced by this spectacular view from the easily attained summit. Two Medicine Lake sits below an array of lofty peaks, the largest of which is Rising Wolf Mountain, visible here on the right of the photo. The false summit towers in the foreground, with the true summit behind and to the left. The broad snow covered peak behind and to the left is Mount Phillips, rising high above the Nyack Valley west of the Continental Divide. Far above Two Medicine Lake, Upper Two Medicine Lake is visible in a spectacular basin encircled by Mount Helen (right), Lone Walker Mountain (slightly behind and to the left), and the mass comprising Mount Rockwell and Sinopah Mountain (left). Mount Saint Nicholas, widely regarded as Glacier's most difficult climb, rises in the far left distance. The ascending ridge that climbs to the left and out of the frame belongs to Appistoki Peak. June 13, 2010
« PREV NEXT »