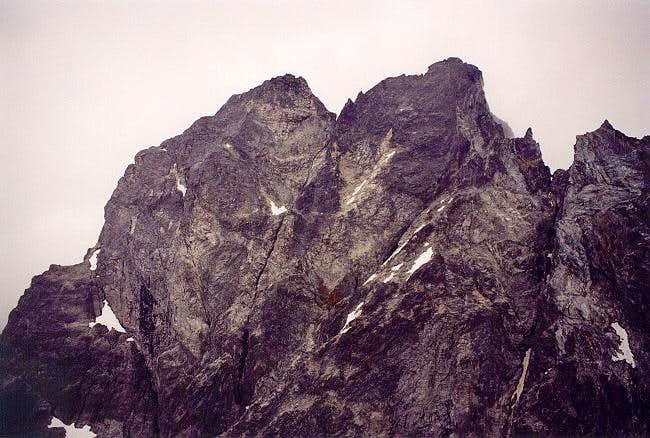 SE Mox Peak with its two summits from the north, from the NE Ridge of NW Mox, in July 2004. The east summit of SE Mox had been called Hardest Mox until Eric Wehrly and Rolf Larson made the first ascent (via the NE Buttress) in September 2008. They called it Lemolo Peak. Lemolo means wild or untamed in Chinook jargon. I remember pondering climbing over to it from the west summit with partner Mark Iffrig but we a) didn't have the time to b) commit the guts to c) venture into the unknown. The ridge down to the notch features some knife-edge gendarmes, then the ensuing Class 5 climb up from the notch. Rolf and Eric rapped this so who knows the difficulties climbing up it.
« PREV NEXT »