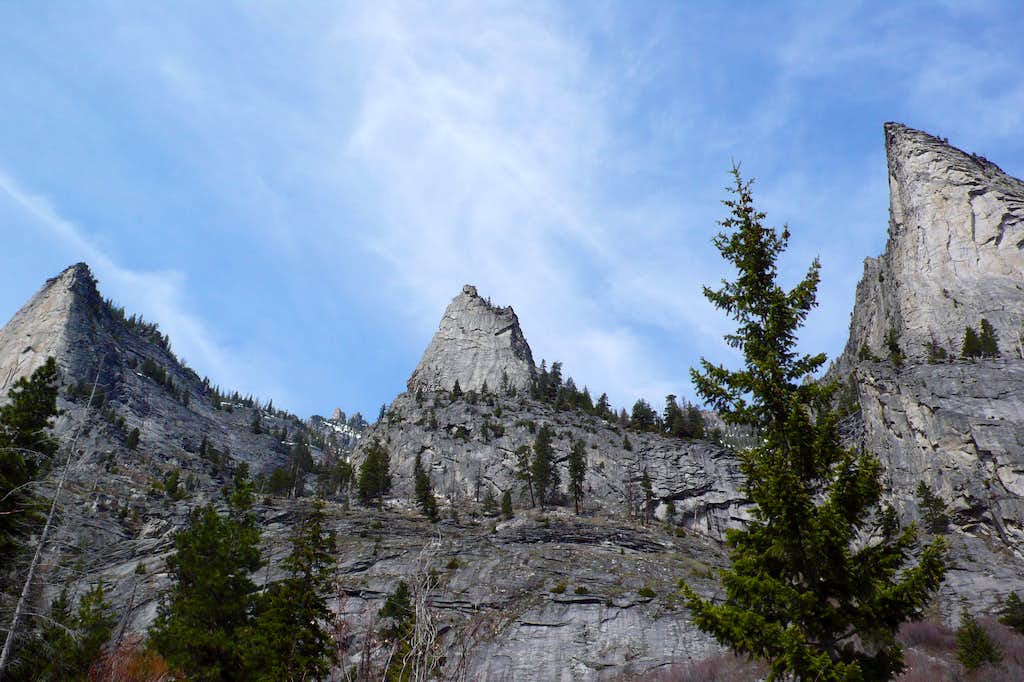 Shoshone Spire, Blodgett Creek Canyon, Mt. 5 pitches [III]5.8+ Shoshone Spire is book-ended on the left by the Flathead Buttress, and on the right by the Nez Perce Buttress. 5.24.09
« PREV NEXT »

They are very representative of the spires in many of the canyons of the Bitterroot Mountains. You really should come down and climb!
Cheers;
Tim

I think I just might have to. Wow! When is the best time for this area?

Well the ice fall that forms between Shoshone and Nez Perc will be in sometime in late November/early December, and be in on and off until March. I have climbed Shosone spire as early a March, and as late as November. Probably the best time is in late June, super long days, not to hot, but the tics are horrible [my record is 19 in one day]! Then the next best time is usually Sept/October, except this year has been fairly cold, July and August can be miserable hot, but a super early start will get you off the rock by 1:00pm or so, beating the heat. So it is a bit of a crap shoot, but I would recommend the shoulder seasons of late spring/early fall for rock, and February for ice. Let me know if you are heading this way!
Cheers;
Tim

my daughter lives near the Montana border in Alberta so possible to cruise on down for a climb. Always looking for a good shoulder season place and ice!! Hear it is pretty chilly and snowing right now tho! And ya, I'll email you if I head down there.