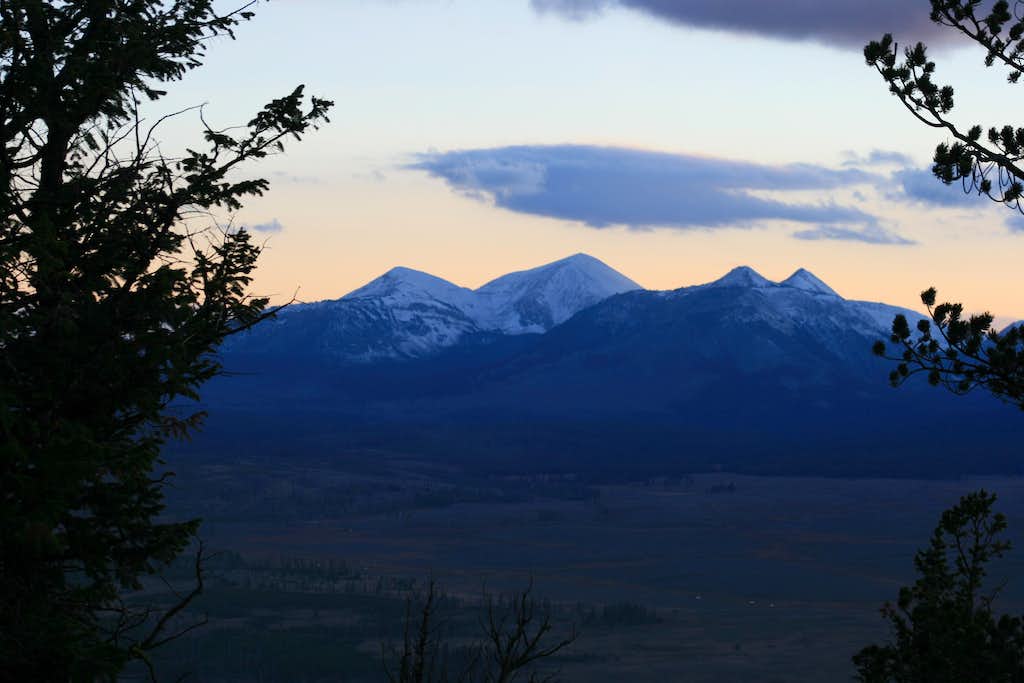 This is the southern part of the Gallatin Range, seen from the side of Bunsen Peak. You can make out the tower on top of Mount Holmes in this picture (click to enlarge). If I'm not mistake, Dome Mountain is the one in front of the two snow-dusted peaks behind, which would be Echo Peak and Three Rivers Peak. Photo taken late September 2007, after the sun had gone behind the Gallatins (obviously). Only Mount Holmes among these four has a page on SP. Hint, hint.
« PREV NEXT »