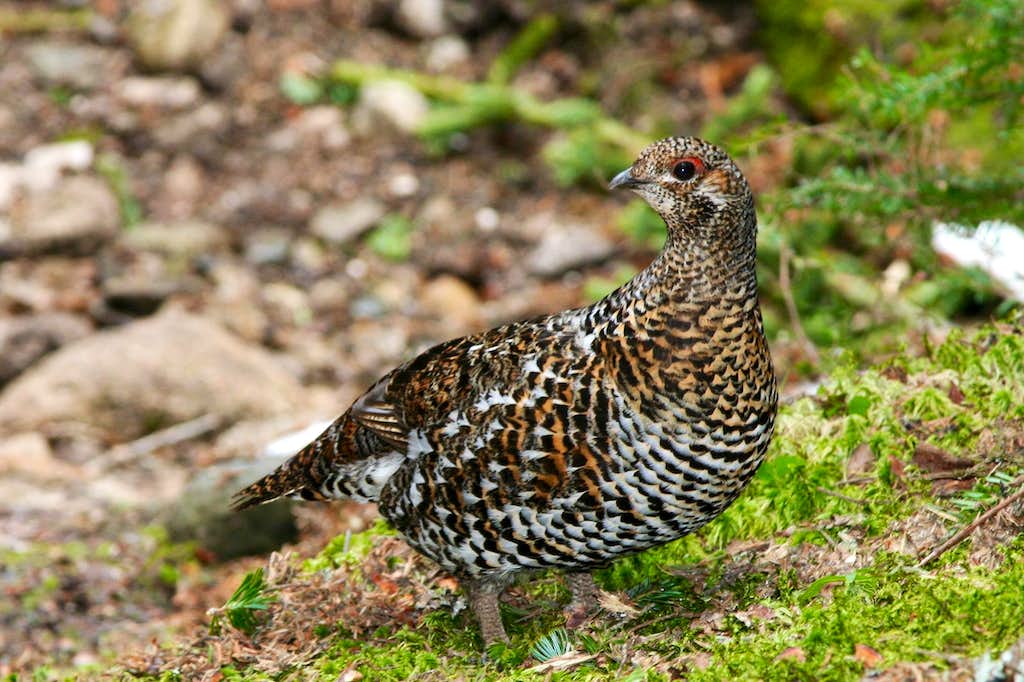 Falcipennis canadensis is sometimes called the Fool Hen because of its lack of fear of humans. Males sometimes aggressively charge at the legs of hikers; females (shown here) are known for a subtle version of the old broken-wing trick, leading people away from a nest or chicks by walking along the middle of the trail just out of reach. This one, however, mostly ignored us, feeding on leaves - bunchberry and goldthread - until we got within a few feet, at which point it calmly walked away.
« PREV NEXT »