Stara Planina (literally "Old mountain"), also known as Balkana, is the most prominent mountain chain in South-Eastern Europe. It is not surprising that the Balkan Peninsula was named after it.
Most of the 550-kilometer-long mountain range lies in Bulgaria, only its westernmost parts are situated in Serbia. The width of the chain varies from 30 km in the Eastern parts to about 60 in the West. 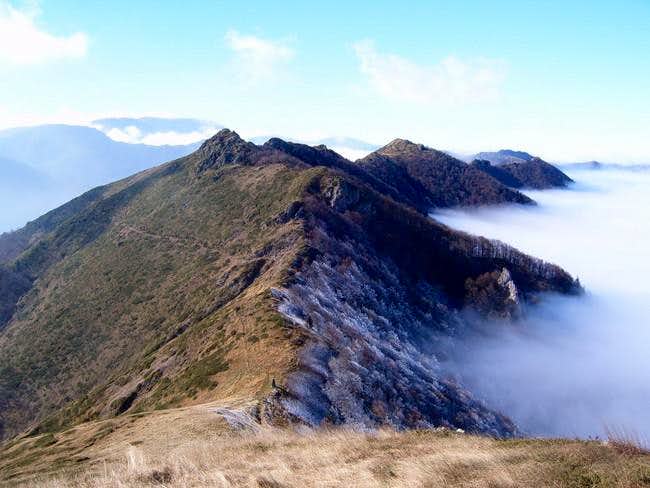 In the ancient times the mountain was known as Aemon, Haemimons, Haemus, Hem, Emus, the Slavonic Matorni gori, the Turkish Kodzhabalkan and Balkan. The name "Stara planina" was first mentioned in the XVI century. After the Liberation (1878) the name "Balkan" was virtually discarded.

Stara Planina is generally divided in three parts - Western, Central and Eastern. The Western part includes everything west of the Zlatishki prohod (Zlatitza pass). The highest peak in this part is Midzhur (2168 m). The Central part is the highest, dominated by Mt. Botev (2376 m). Further to the East, the Vratnik pass separates the Central from the lowest Eastern part. The highest peak in this part is Razbojna (1128 m). Approaching the Black Sea, the mountain chain gradually flattens out and ends at Cape Emine. 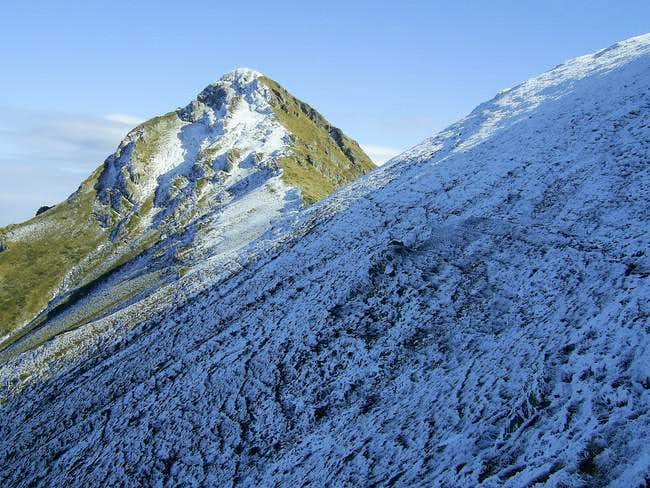 There are many towns and villages along the mountain chain. Depending on your destination, you can pick your starting point.

There are no fees for any part of the mountain. Entering some of the natural reserves may require special permits, issued by the park administration (usually at a checkpoint office). No such permits are required for the most popular hikes.

Summer is the normal season for hiking. Winter is good for traverses, ice and mixed climbing.

Stara Planina is notorious for its bad weather, especially the strong winds and the fog. The exposed parts are avalanche-risky, so you should always follow the winter markings - metal rods pained in yellow and black.

The landscape often lacks prominent features and people get lost when the visibility is low, even when they know the area well. Having a GPS unit is a big plus.

There are more than 85 huts in Stara Planina.

Precipitation
Minimum: February
Maximum: May, June
During the summer: 280-430 mm, depending on altitude. About 50-60% higher than in winter.

Snow
Snow cover duration - 3 to 6 months, depending on altitude
On Mt. Botev: on average 191 days per year

Wind
The number of days with strong wind (>14 m/s) is almost twice higher than in the other mountains in Bulgaria.

Some facts about the Central Balkan National Park:

The Kom-Emine traverse is the longest marked hiking trail in Bulgaria. It starts from the easternmost peak in the Bulgarian part of Stara Planina - Mt. Kom (2016 m) and follows the main ridge for 650 kilometers right to the Black Sea and Cape Emine.

Normally it takes 15-25 days to complete the traverse during the summer. The current record is 5 days and 17 hours, set by a marathon runner.

The entire route is marked well, since it is part of the European Transitional Pedestrian Route E-3. There are huts all along the route and the distances between them are reasonable for the daily portions of the hike. They are usually supplied with food and drinks so you don't have to carry too much of these. 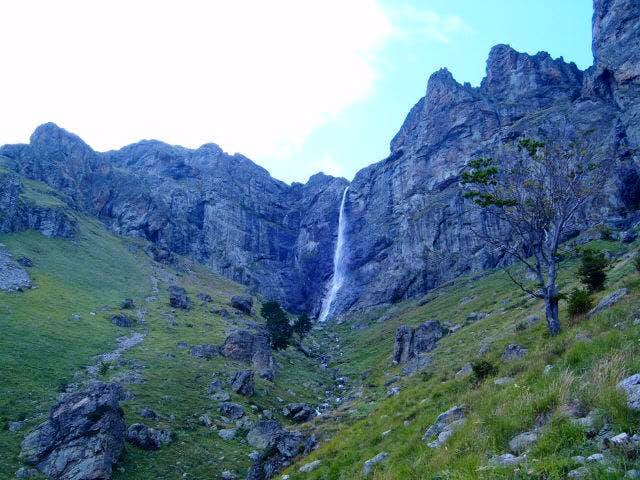