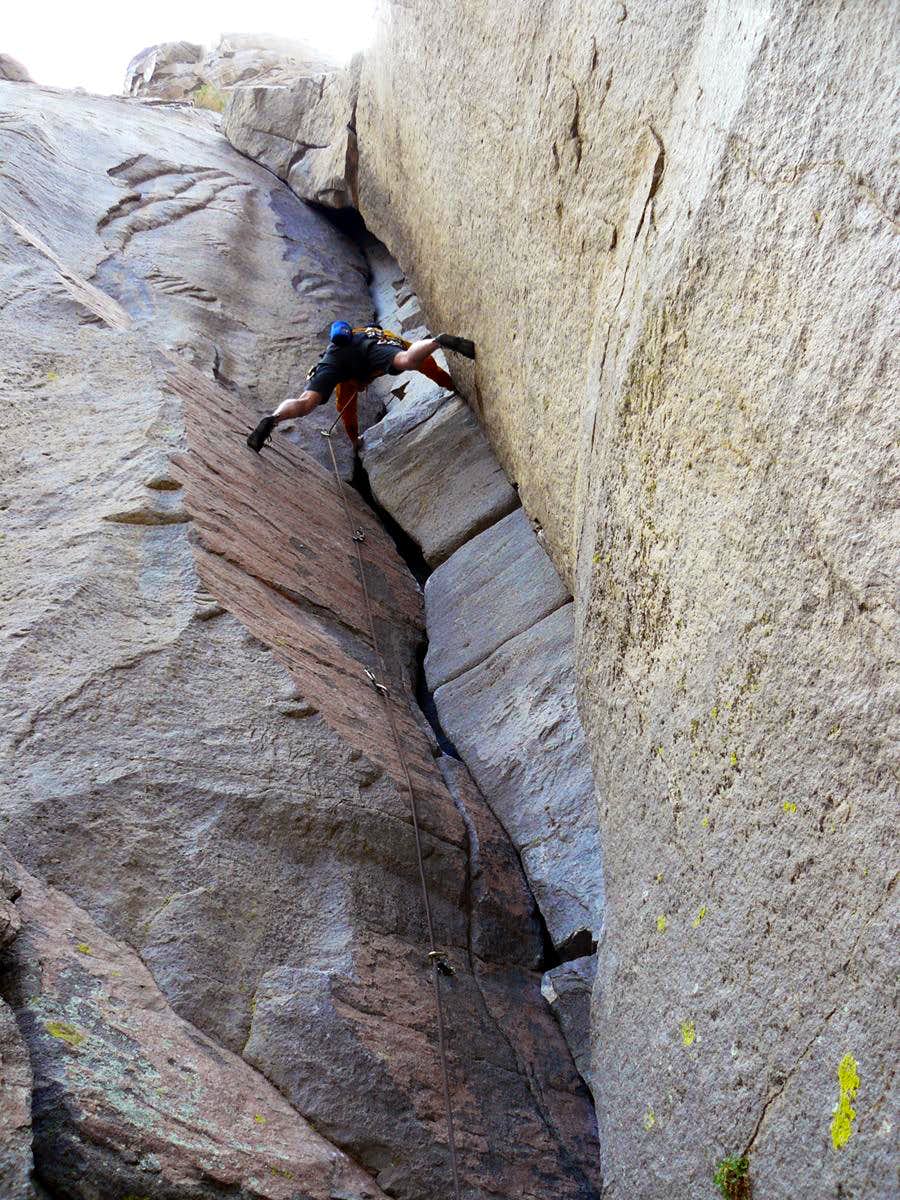 This 10a climb was more challenging than I thought it was going to be, with the crux coming right at the top. Here I'm working my hip flexors! It's hard to get used to climbing cracks with bolts beside them, but in general the cracks are pretty flaring and would be a bit sketchy to protect. As the guidebook says, "You get more respect if you lead these routes on gear, rather than complaining about the bolts while clipping them". (climber: A. Jones, photo: L. Jones)
« PREV NEXT »

A Week at the Gorge(Trip Report)