Sunset at the Chisos Basin Window 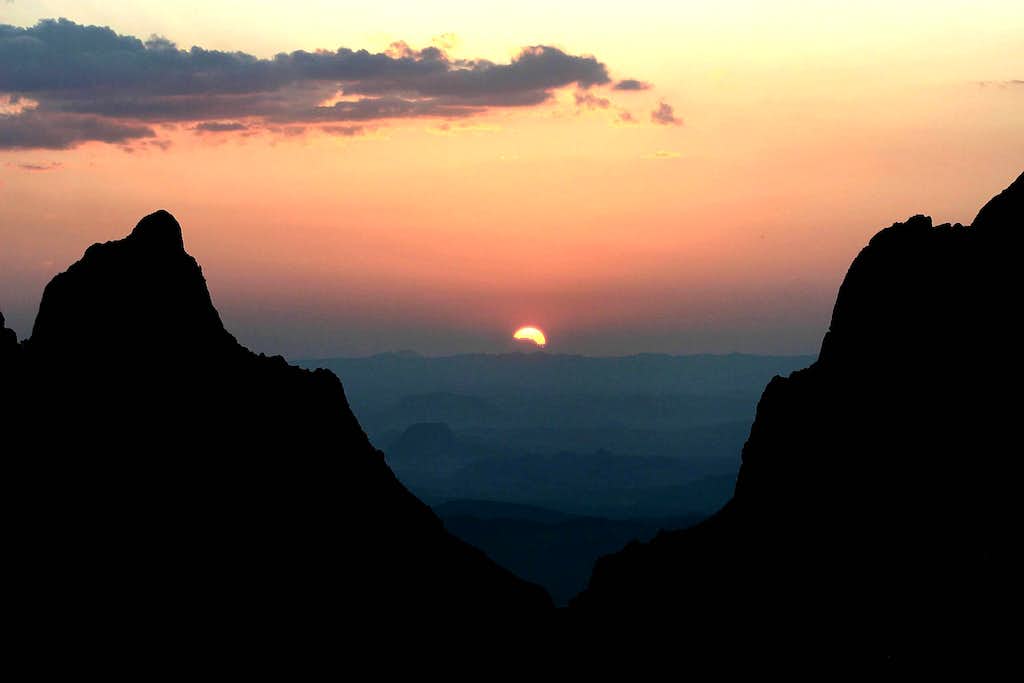 After reviewing some of your photos-I'm very impressed with the amazing shots you have- what do you use to shoot? Thanks for the excellent contributions.

I have various cameras. This image was taken with a Canon Digital Rebel (the old model). I also have used a Canon Rebel (film), Nikon F (now that's a classic!), and a Canon A95. There are a couple other P/S cameras that I've used through the years.

I have various lenses. IIRC, this image was taken with a 75-300 mm lense (non-IS, so definitely on a tripod!). If you'd like more detailed info on the shot, let me know and I'll dig out the original file (on CD) and check the image properties (the file on my hard drive lost the info during editing).

BTW: The image of Spiderrock you commented on was taken with the film Canon Rebel using a roll of Kodak High Definition 400 film.

...what Sean said. Excellent pics. It is work like yours that makes SP such a great place.
Thanks for posting your nice shots.

Thanks, Dean. I'm quite proud of my work and do enjoy sharing it. But, to tell the truth, I'm overwhelmed by the absolutely awesome work I see in many areas of SP. You're right: It is a great place!

I especially like how the notch between the peaks frames the layers of differently-shaded hills... well done.

Thanks, but I'll have to give credit to Mother Nature for that! ;-) --mark d.