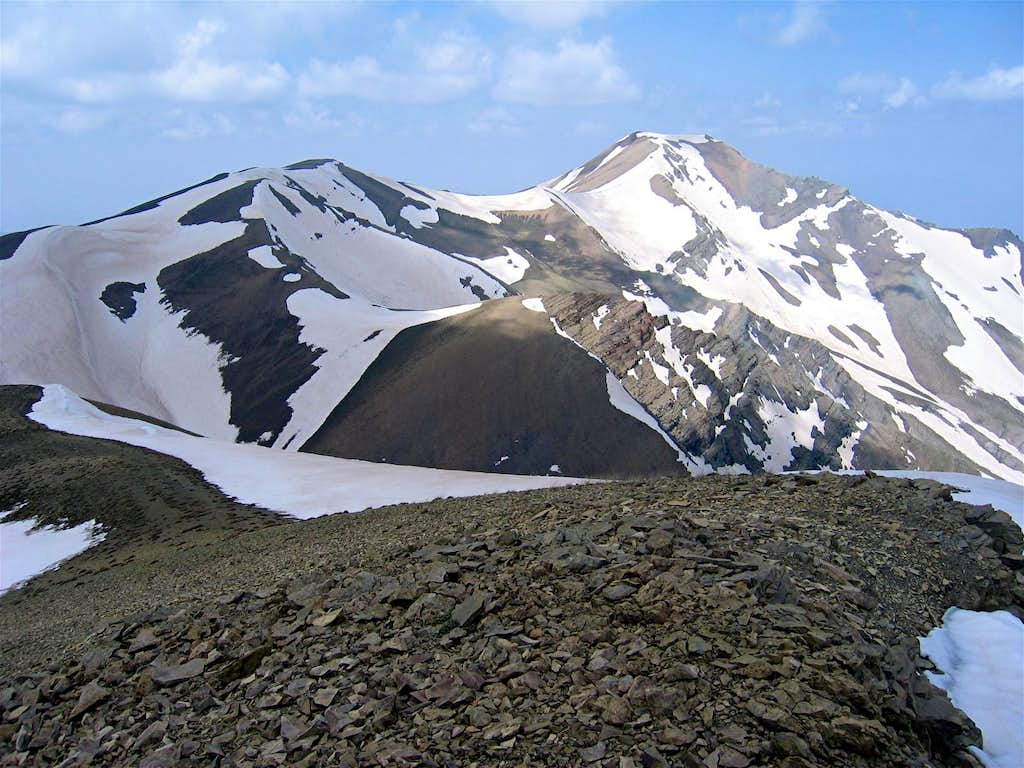 On some maps this peak is called Sefid Ghotoor but the local guy called it Sefid Kootool. I found the word "Kootool" more appealling than "Ghotoor". Ironically Kootool and Ghotoor have almost opposite meanings.

Dozens of times going to Taleghan valley, I never got good answers from them for the peak names, even the locals who climbed them.

I too had a hard time giving names to these peaks. Some of the maps that I have seen give the name Taleghan or Sefid Ghotoor (the local guy called it Sefid Kootool) to Peak 4089 m.