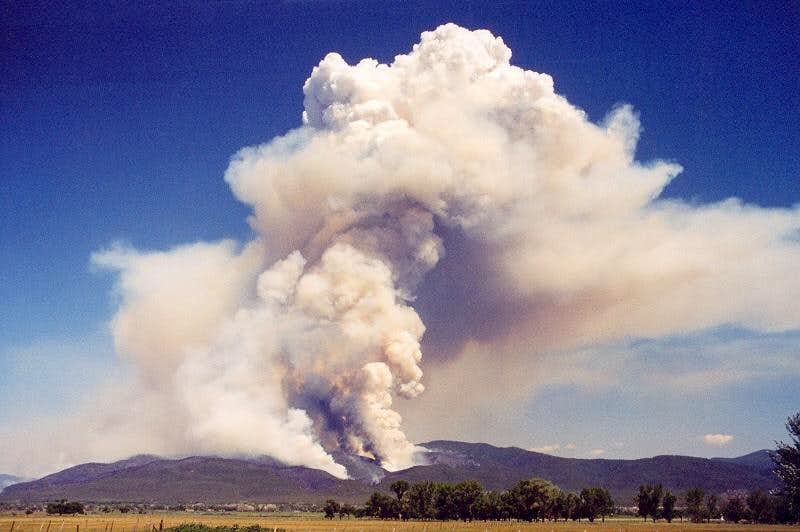 A spectacular sight to see, even if it is destructive. At least this was started by a lightning strike. This fire is in the hills of the Pueblo Indian Reservation, which is closely south of Wheeler Peak. Photo taken July 8, 2003. Lots of people stopping to take pictures. And every few minutes or so the fire scene would change. A plume would die away only to be replaced by another plume elsewhere. You could see the planes and helicopters dumping that red retardant. The night before when I arrived in town there was smoke everywhere. Not a good night to be in Taos. I slept at the Wheeler Peak trailhead. Much better.
« PREV NEXT »

Hey Paul consider adding this to the new Fire on the Mountain album.

seems to have a perfect feeling! Guess way..? ;-) Cheers, Paolo

Paolo, I'm not following you. What are you trying to say? --Paul

fires! :-) and also your User Profile image, in a way! Cheers! Paolo