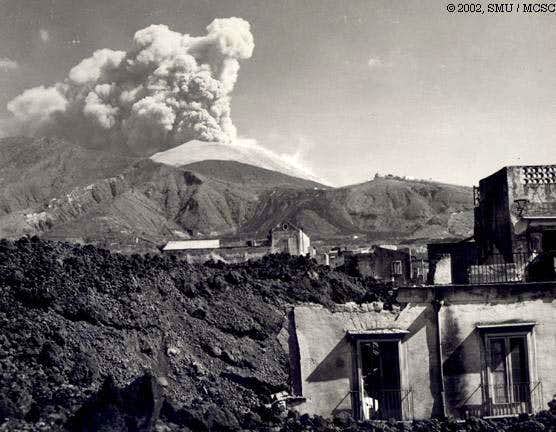 The Allied forces invaded Italy in September, 1943. This was followed in March, 1944 by a massive eruption of Mt. Vesuvius. Lava flowed for days and covered many villages and farms to the northwest from the ancient ruins of Pompeii. At least the 1944 eruption produced a traditional lava flow, which could be detected and provided opportunity for escape. This photograph shows lava flow the day after a major run in the village of Ottaviano.