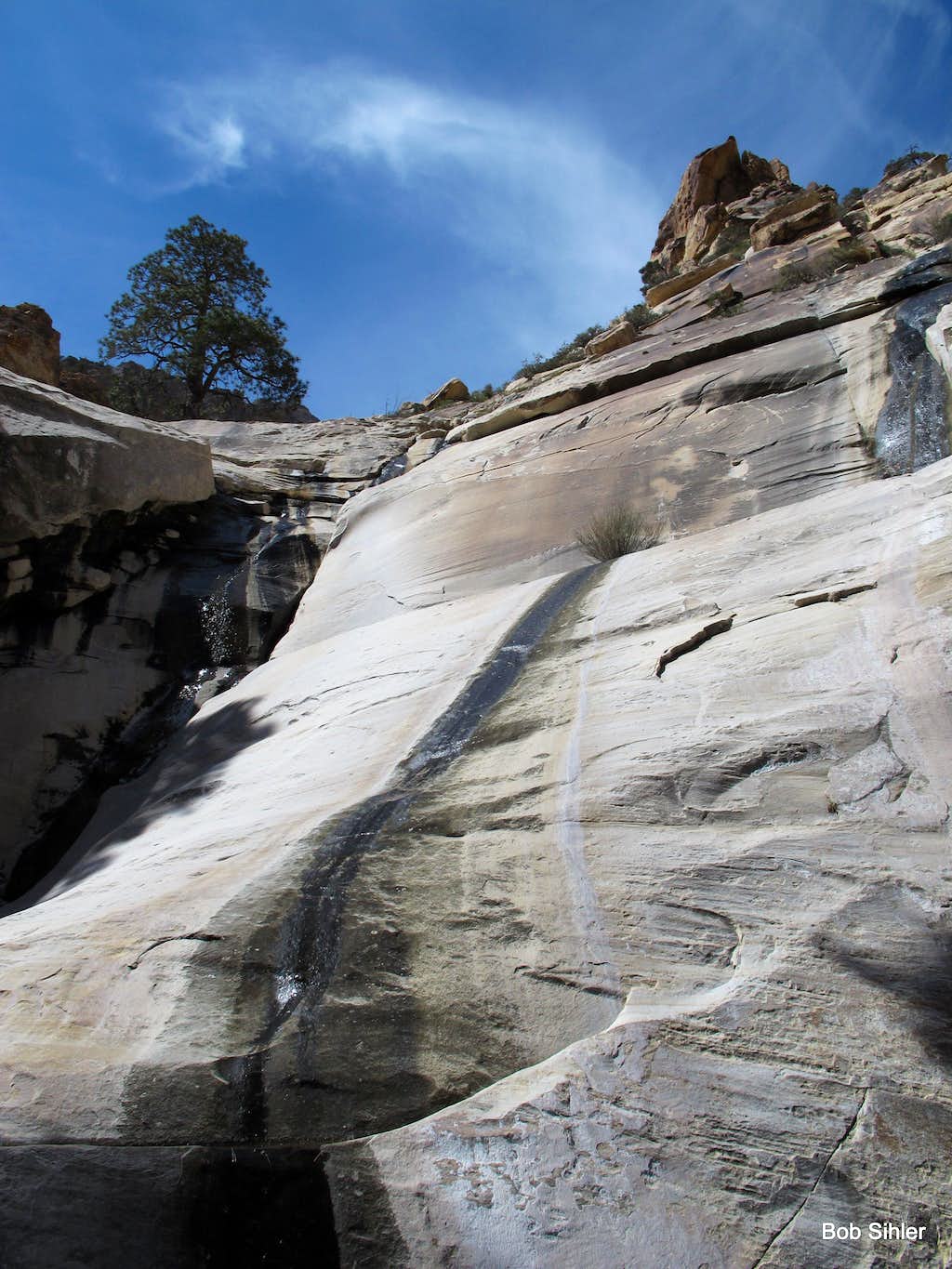 Although the route to Wilson via Oak Creek Canyon is rated Class 4, the difficulties are actually along the Oak Creek approach rather than on the mountain itself (once out of the canyon, the rest of the route is actually a boring slog until the summit block). This waterfall might be the "crux" of the route. The highest waterfall en route, it is also the last before exiting the main canyon southward via another watercourse. Bypass this waterfall on its right side. Look for cairns marking the easiest (as in least exposed) way. But even without the cairns, you'll find the right way with little trouble because all other ways turn into exposed Class 5 slabs. Rainbow Mountain Wilderness, NV-- March 2013
« PREV NEXT »

For those of us who are considering the climb but are a bit wary...

I hope it helps!