The East Face of Red Mountain... 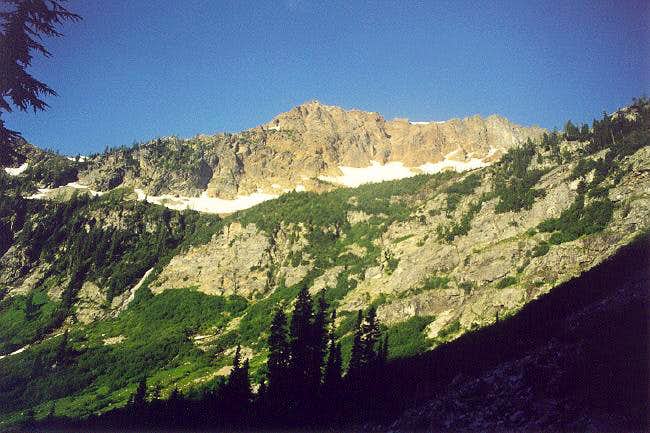 The East Face of Red Mountain from Spider Meadow in August 2002. There would be a route up the peak from this side but it's not direct due to cliffs. The route starts by going up the trail to Spider Gap. At some point, you'll need to cut off the trail and traverse south below the East Face until you're able to ascend a basin toward the final South Ridge
« PREV NEXT »