The East summit tower from... 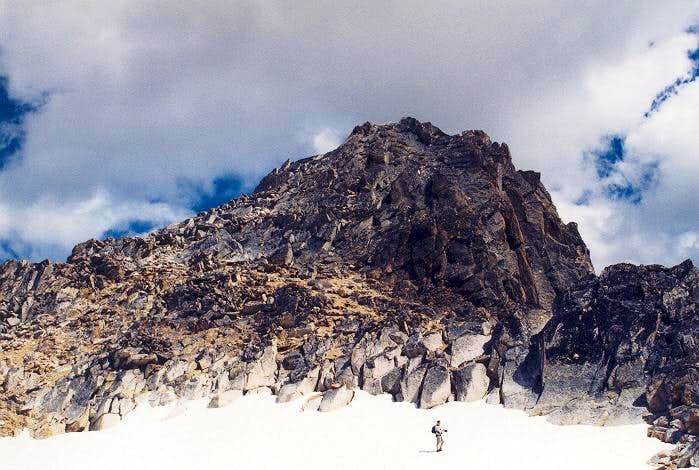 The East summit tower from the saddle between the West and East peaks. It looks harder than it really is. My route (not necessarily the easiest) was class 3 mostly. The perched blocks that make up the highest point were in my mind more dangerous than the scramble up. July 27, 1997.
« PREV NEXT »

Let me wish you a Happy New Year. Good pic.

What? It's a new year? Doh! I didn't get half the things done I intended to get done last year!