The summit of Piz Boe from... 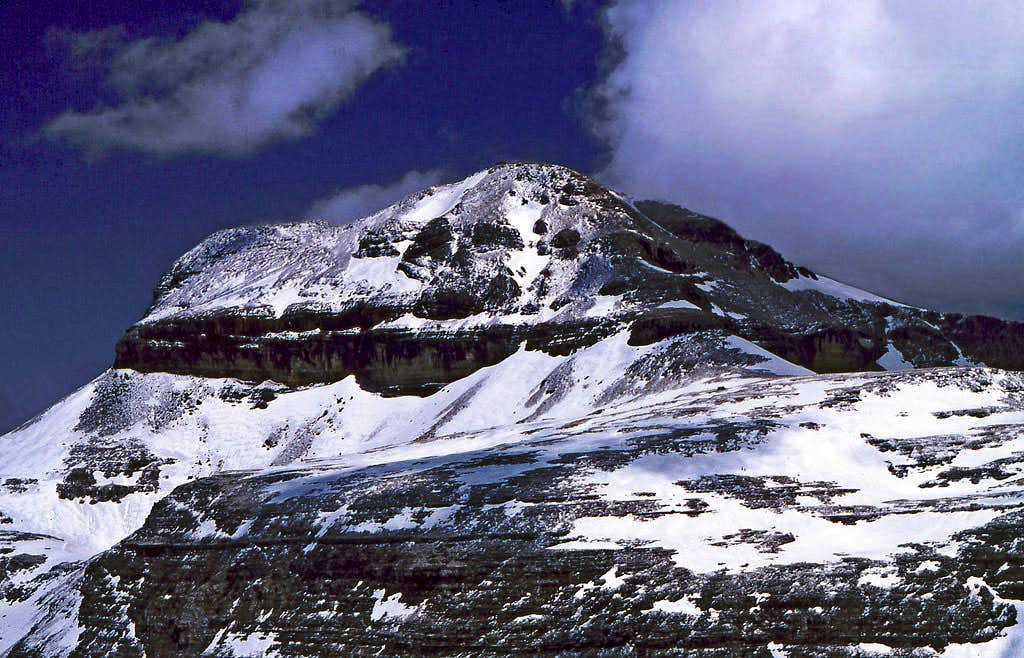 The summit of Piz Boe from the west, after a sudden summer snow fall. July, 1981.

What a light you captured on this one!

It's an old dias. Too dark, but Photoshop can helps in many cases ;)

The photo may have been too dark before you edited it, but that light was already there...it couldn't have this striking effect otherwise, I'm sure of that!

Now, when you pointed this out, Eric, I remember that day clearly again. After a heavy rain a brilliant August day started. We wanted to do a tour in Rosengarten group, but - a strange feeling - were not even able even to walk up the scree fields trail, because it was covered by ice. We waited a bit, then in the middle of day went to Santner Pass, nothing more was possible, returned down into the valley and in the afternoon took the cable car on Sella Group - not to throw away the day. We went only on Piz Boe, but it was a very clear day, and that's also why you see some snow on the slopes.