The Twin Buttes to the east... 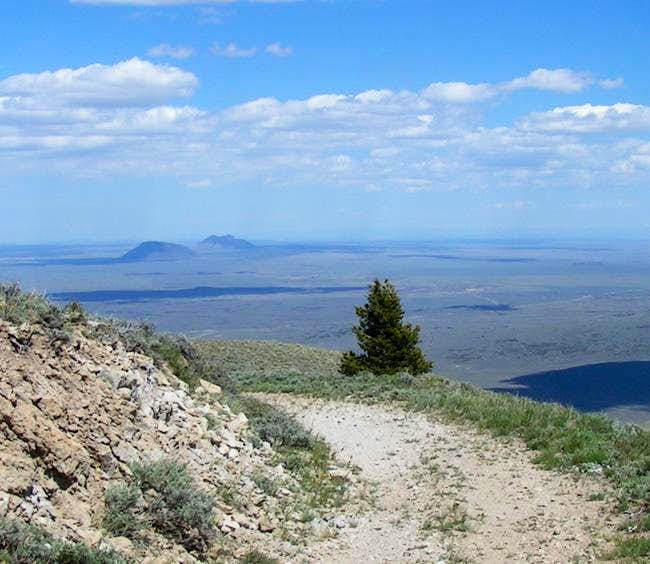 The Twin Buttes to the east of Big Southern Butte. These are the original Tetons as named by the French fur trappers. The Hayden survey mistakenly took their names and description (three mountains in the upper Snake River Valley) and placed them on the now famous Grand Tetons.

So for all of those wondering what the fur trappers were thinking when they named the rocky peaks to the east, they were actually naming these lovely rounded hills in Idaho.

This also gives a feel of what the 2-track near the summit looks like.