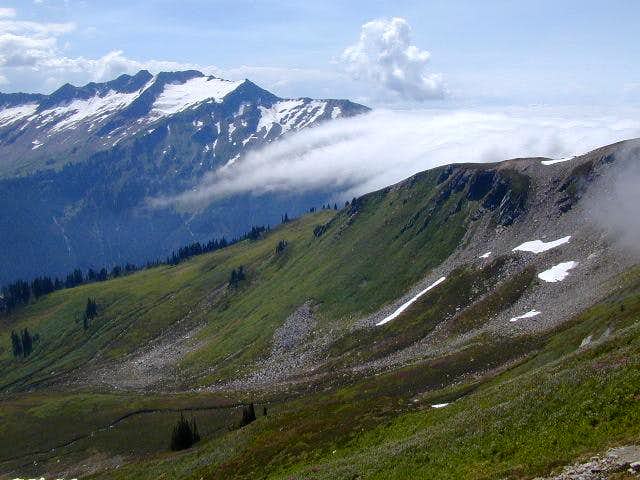 The upper Foam Creek basin viewed from the saddle on its N side on July 30, 2001. The recommended approach from the White Pass area reaches the saddle by traversing along a route that basically connects the 5 snow patches shown on the righthand side of this photograph. The smallest snow patch in the foreground rests on terrace that makes the central part of the traverse a synch. The well-beaten spur trail from the PCT at White Pass attains the ridge about 150m downslope of the snow patch on the skyline.
« PREV NEXT »