Thor Peak and the Fork Beard... 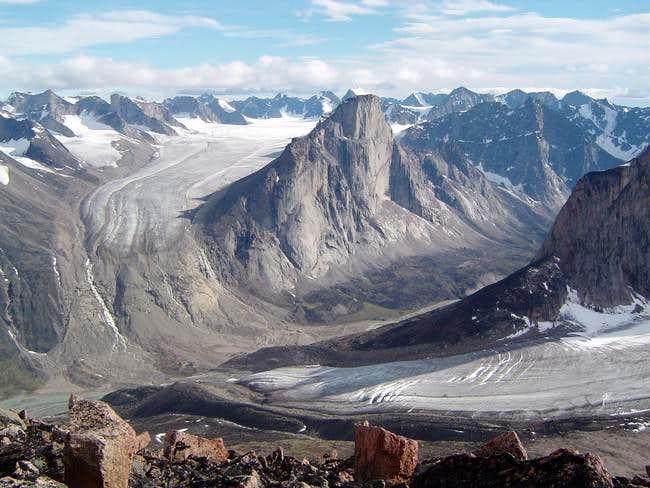 Thor Peak and the Fork Beard Glacier (it had 2 lobes when it was named in 1953) from across the Weasel Valley. Although it's hard to tell without any objects for reference, but Thor Peak's nearly 4000 ft overhanging W. Face is one of the largest rock faces on the planet, and has one of North America's few grade VII rock climbs, which took 5 attempts (and at least one fatality) to complete. August, 2005.
« PREV NEXT »

Thanks, this is one of my favorite photos from our trip. I see in your profile your from Huntsville. My brother actually lives there, too!