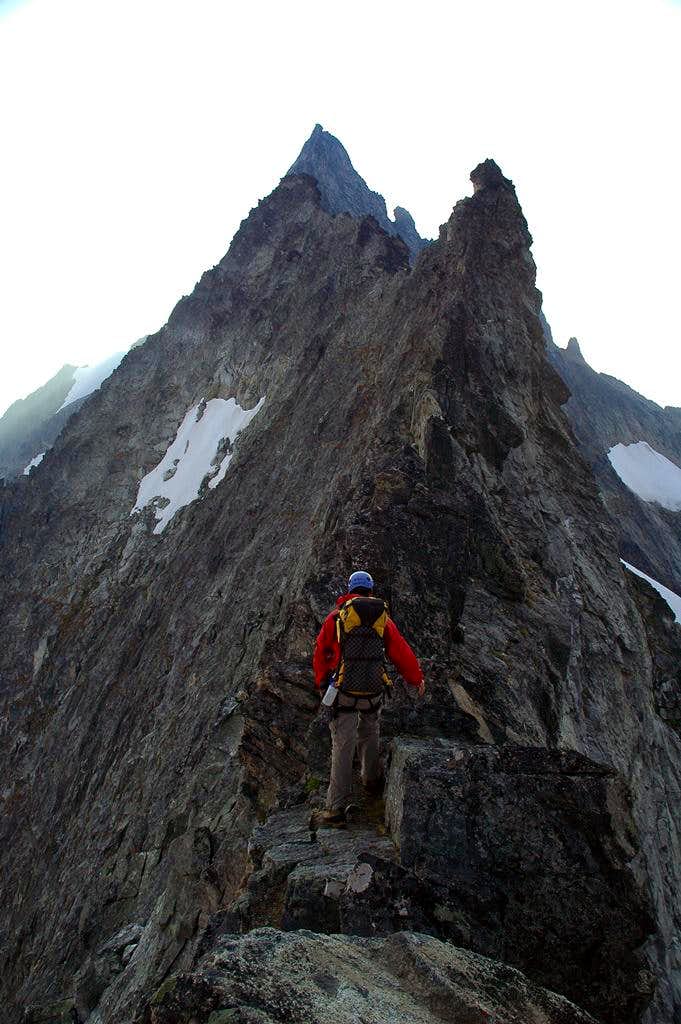 Doug starting out on the knife-edge portion of the Torment-Forbidden traverse. The first half of the route stays well below the crest. The second half stays mostly on or near the crest, passing difficulties on the left. What looks like lousy photo quality here is more like lousy air quality. The winds shifted during the night, and a huge plume of smoke from the wildfires in eastern Washington enveloped the North Cascades. August 26, 2006.
« PREV NEXT »

So where is the ice on the route? Just curious.

amazing picture. is it attached to the "exposed ridges album"?

Strong work on the photos.

Plenty of exposure, looks like a kick ass climb. By any chance....did you go to high school in Salt Lake City? Just curious.....Happy Trails out there and many thanks for posting this picture.

Thanks for your comment and vote. No, I didn't go to school in SLC.