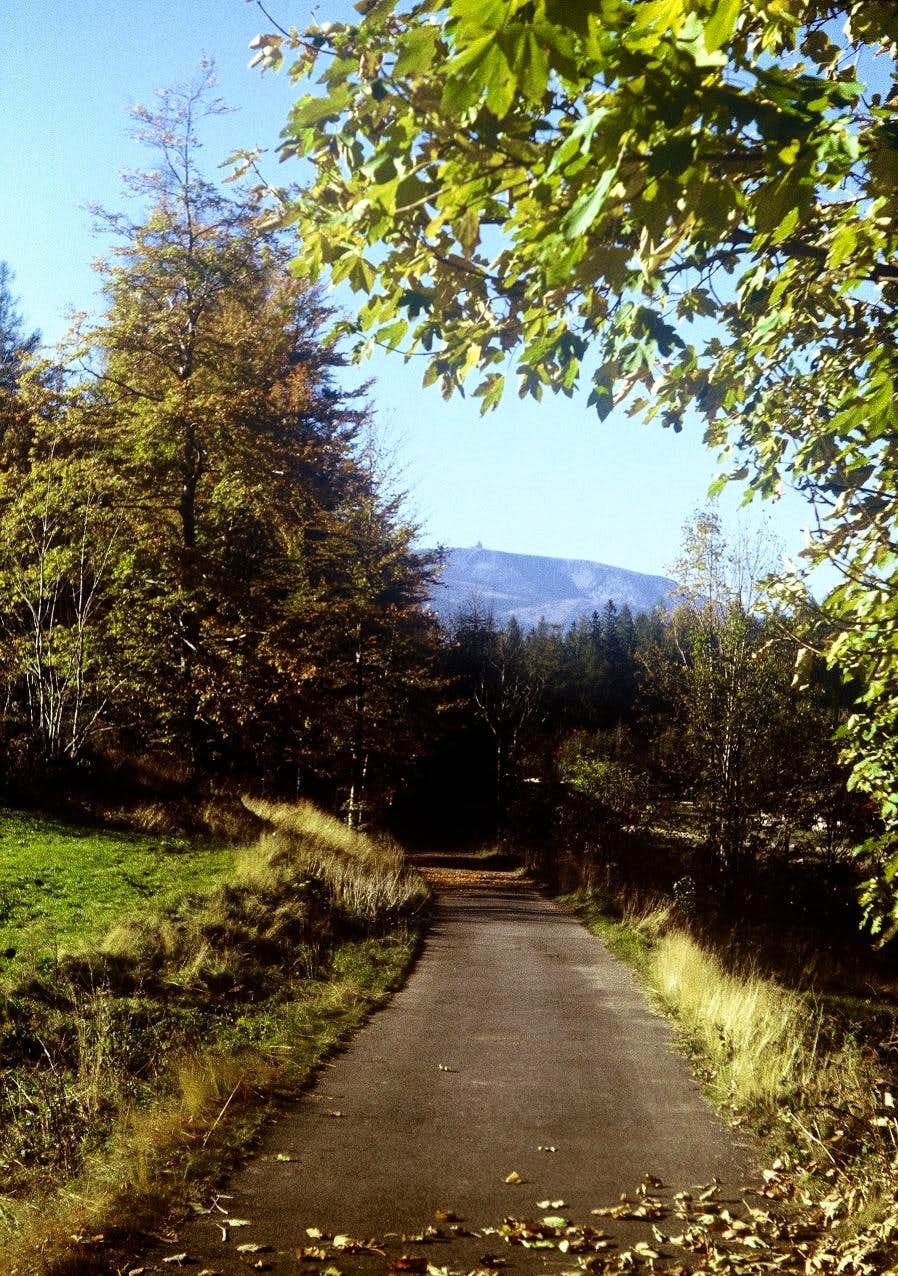 Lanes on the edge of the N (Polish) side of Karkonosze Mts National Park are excellent for cycling and can also make an early part of a hike towards the crest of the granite Giant Mountains (Krkonoše, Karkonosze, or Riesengebirge), which are the highest bit of Bohemian Massif (the Czech Republic) and Silesia. (photo taken in early autumn, in the 1980's) The part of the main ridge of the Giant Mountains in the distance is known as Snowy Cauldrons. The funny man-made structure on the top used to serve as a hiker's hut but soon after world war II was converted into a radio/TV transmitter.
« PREV NEXT »