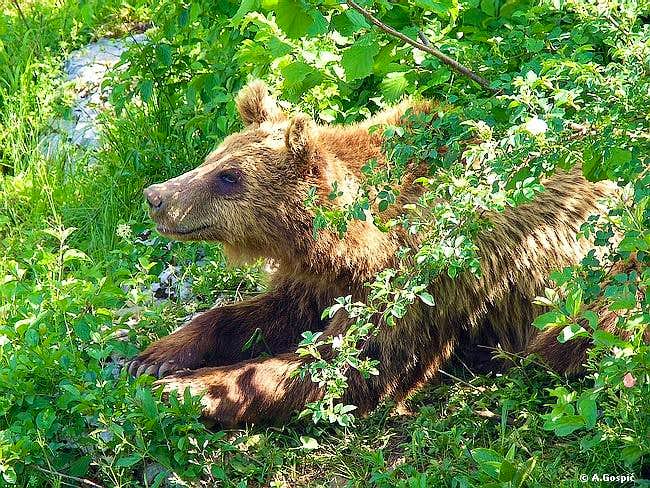 Unfortunately because of the activity of Croatian Forests, firm that is conquering last untouched areas of Velebit all the time because of forest exploitation, chances to see such sights are decreasing all time. Roads give easy access to hunters.

Utociste za mlade medvjede (sanctuary for bear cubs) in Kuterevo village gives you a chance to see Velebit bears who wouldn't be around without it because they lost their mothers when they were too young to live on their own. Hunters are primary reason for that.

Word about this noble idea has spread around the world and place became an attraction which now unfortunately seams more like a zoo and fun for people than what it’s supposed to be.

This one smiling bear is my favorite, hehehe.... Good timing, Sasha!

Thanks Vlado! Yes, he/she is great :-) Hard to believe such people exists that want to hunt (read cold blooded murder) these beautiful animals!

Pyrenee's bears : What the hell !?(Article)