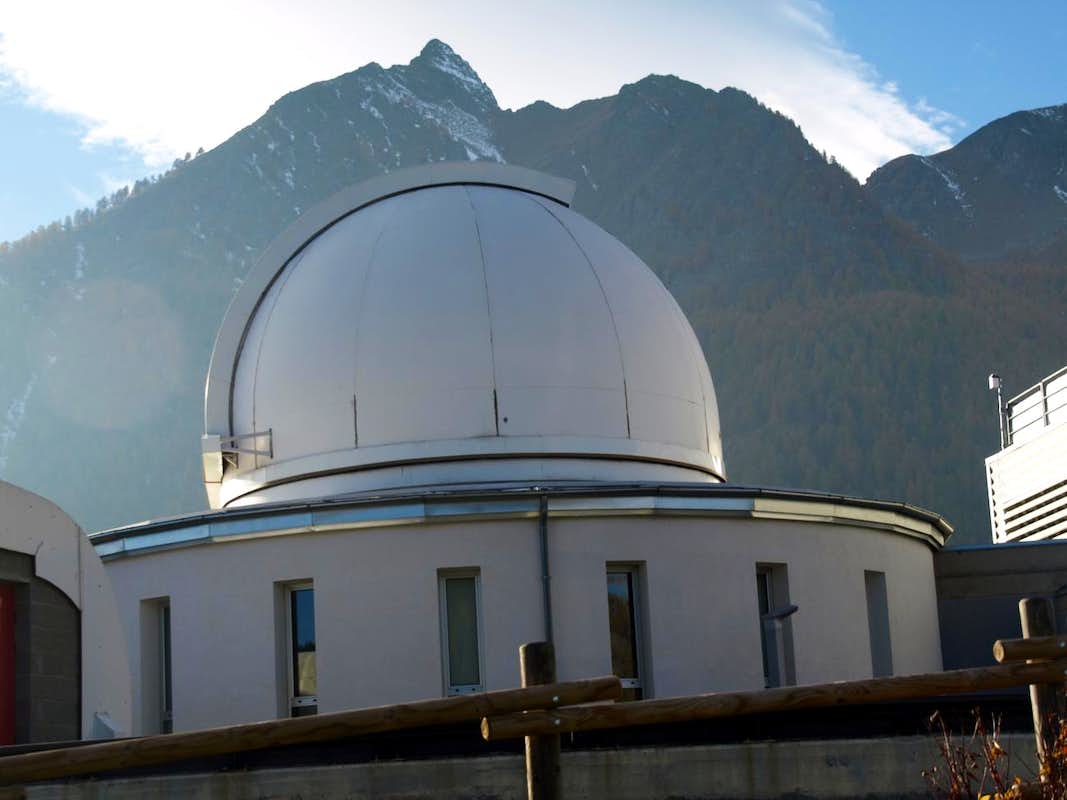 All valleys have Church, Castle or Tower and even both or a Mountain with hallmarks. Characteristic for each that applies even to whole, complete Aosta Valley.
For every trip in each of them presents this trio almost unbreakable, because it represents the history, culture and traditions in the Centuries and Millennia to the firsts, and Eternity for the latest. When we think of a valley, immediately it comes to mind its highest mountain, or more beautiful that inevitably stands as a symbol of that. So for the Mont Blanc or the Grandes Jorasses in the renowned Cormayeur-Resort, Mont Velan and Grand Combins into Great St. Bernard, Cervino or Matterhorn in Valtournanche, Lyskamm Ayas, Monte Rosa in Lys Valley, Grand Paradis in Cogne and Valsavarenche, Grande Rousse to Val de Rhêmes, Sassière to Valgrisa and Rutor in La Thuile. But even those "minor" flaunt their favorite mountain as the Grand Golliaz, Mont-de Berrio, Punte Fiorio Gorret, Arolletta, Faroma, Becca de Luseney, Viou, Faroma, Aver, Zerbion, Torché, Glacier, Rosa dei Banchi, Tersiva and Emilius. A combination that becomes even more distinctive if we add a Church, a Tower or a Castle that represent in terms Religious or what heraldic, chanting the History and the Life of the Population. One aspect that the Mountaineers, "hasty" to reach the goal and yet ignore the Hikers preferring to leave out the majesty of the views or the exclusive admiration for Nature. Fall in this way into oblivion if not in total anything despite the remaining observations that these may be the key to understand the uses and customs of a place, always a bit different from each other. A total disregard for all that has kept alive a mountain, a valley or just a country. An oversight almost incomprehensible as unforgivable that we think to regain at least part of reviving the life of the mountains, always inscrutably still in place, with that of the
People who live at the base of the same, being born here, living and ending their journey, viewing Faroma and dreaming Becca di Luseney over Valpelline ...


St. Barthélemy Valley, below Mont Faroma and Becca de Luseney, from which you get an old History between Mountaineers & Observers 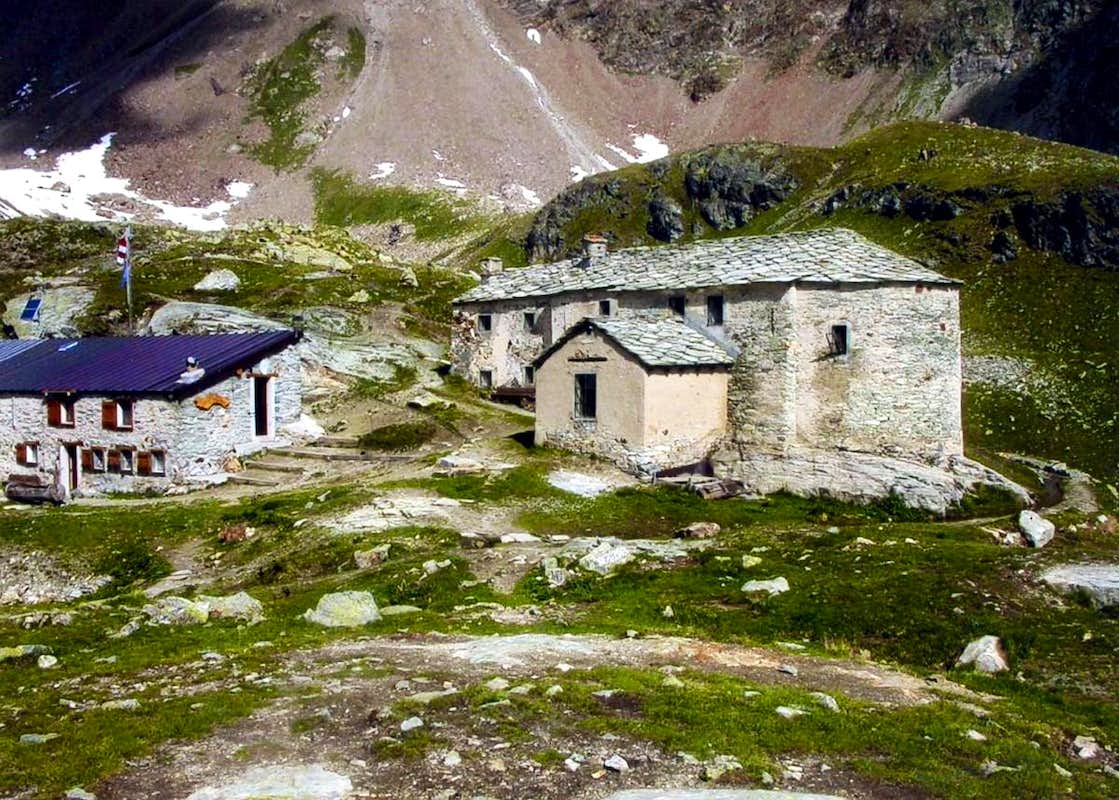 But, in our opinion, it is the Mont Faroma with its Gothic pyramid that characterizes this valley, because who reach Lignan Hamlet not see the Becca of Luseney. Instead he sees the Faroma (3073m) like a great Gothic cathedral from the profile and that in winter, after a recent snowfall, takes lines Himalayas with its peaks adorned by large frames snowy who smoke against the sky. This is the entry point in a valley that opens out splitting it into three parts. a)- The first, the more Western is formed by the parallel Comba Dèche, secondary vallon with a district that goes from the Croix de Fana (2212m), above the three Villages of Trois Villes (1391m), the eponymous Beaks (2951m) and then continue to the North with the Eastern Tsaat a l'Etsena (2974/5 metres about), the Pointe Joseph Marie Henry (2918m) and Becca Conge (2954m) before reaching the important Saint Barthélemy Hill (2645m), which leads towards Oyace Common in Valpelline. From this point the watershed flexes more to the East and, after the little Punta Verdona (2868m), reaches Faroma. From this a partition to the South closes this first sector, after having formed the Grand Pays and Becca di Aveille or Avouille (2623m), above the Village Effraz (1478m). b)- The second is made up of a tiny vallon intermediate content to the West Coast of Champorcher (Southern elevation 2656m, 2700m Northern) to the Col de Chaleby (2683m); near the Col du Salvé (2568m) separates this from rounded Mont Morion(2709m), which forms the natural barrier between this vallon and the Basin of Cuney with its famous Sanctuary and Refuge (2625m). c)- The third and final part, certainly the most important, stretches from the Village of Lignan (1633m; Astronomical Observatory first to the Northeast to Praz Pasture (1737m) below Col Fenêtre (2182m), from the Torgnon Common in Valtournanche so far North, reaching, after several pastures, the final Praterier (2060m), now at the foot of Becca's Luseney (namely between Punta Montagnaya West and Cima Bianca in opposite).
Overall, the valley, crossed by Torrent de St. Barthélemy which originates from the former glacial cirque of Becca Luseney before falling in a gorge nearby the Village of Blavy (1015/56m), is long about thirty kilometres, of which about 16.2 Km. between Nus Common and the Hamlet of Lignan. Besides these two there are a dozen of them including Petit Fénis, Clemençod or Clémensod (from the Latin Clemens), Saquignod, Noz or Venoz, Le Crêt, La Combaz, Issologne (Hic Columna), or Porliod Parliou, Baravex , Praz, Arlod or dialect "patois" Arlou (Ad Locum) and the picturesque Village of Val Deval Dessous and Dessus (Ad Vallem) before the Forest Ander below Mount Ander (1931m) and Cima di Longhede (2416m) on the watershed with the Basin Verrayes/St. Denis. While in locality Les Fabriques (1411m) is the iron worked in the area. From Porliod (1879m) to the Northeast part on the dirt road a renowned and popular trail Cross-country Skiing to La Nouva Alp (1989m), through the Pastures of Praz de Verney and Barbonce (2012m).

These two are the characteristics of this valley.
A very old story who marked his Time Religious and other "modern" looking away from her towards the immense and deep Space. You can not come in the greenesh beautiful St. Barthélemy Valley without to visit one and the other. The "our" Holy angry very for this bad Story of the History...
A)- "Complicated", that originates really, directly since the year 1000 when even the Valais Shepherds had taken refuge in this basin until the "End fel World".
Catholic Religion were the first to build a small oratory dedicated to "Our Lady of the Heights" in what will become the Sanctuary highest in Europe. But let's calm: a landslide destroyed at that time and the same is "saved" only a tiny wooden statue of primitive art of the Ninth Century. The event "miraculous" upset the same that carried by the Dominican Fathers of Nus, which held up to that time the Church of Lignan. But the Little Statue returned, like Miracle, three times a Cuney, for which thing in 1650 the Dominican Priest Onorio decided to rebuild the ancient oratory, up there under the Becca del Merlo. In 1661 the same, struck by the great visitation of the people, he decided to transform the same into a Chapel with an altar to celebrate Mass and the same, on the orders of the Bishop of Aosta Alberto Bailly, is dedicated to "Our Lady of the Snows" complete with a lttle statue. But the Devil (Time) also destroyed this Chapel and the Parish Priest of St: Barthélemy, Pierre Jean Tutel, invited the locals to build a small Church stronger and resistant against bad weather. Archdeacon Luigi Porliod he completed the work and 23 August 1869 was consecrated by Bishop Jans. In 1927/1928 Don Pantaleone Petran, Lignan Pastor, with the inhabitants have built the sacristy and improved the same with rustic decorations religious inwardly, while the main altar has remained unchanged since the distant 1661. The yearly Celebration, as throughout the Valley of Aosta dedicated to the "Madonna of the Snows", occurs on August 5th of each year.
The Devil is avenged everything disappearing with a landslide the ancient lake that once stood in nearby moraine South, reducing the same in miserable puddle ...

B)- This is instead a History more "modern" that leads to the Cosmos Search of Asteroids, Comets, Satellites, Planets, Solar Systems, Galaxies & even Aliens ...
Once the people of St. Barthélemy was simpler and was content with little, climb Mont Faroma; for the most talented Luseney, where they had already passed Augusto Enrico Martelli with the Guides Jean-Antoine Carrel and Jean-Joseph Maquignaz to August 1874 and A. Adams-Reilly with the Guides Jean-Antoine Carrel and Henry Charlet in that of 1886. Sending Augustus and Ferdinand Darbelley with the Carrier Grégoire Comé Charvensod to explore in 1895 the Southeast Face of Faroma and waiting, after the passage of Captain Albert and Casalegno Surveyors of Sardinian Staff, a few English or Academic Piedmont to complete Exploration, including the fearsome Becca del Merlo. At most, for the less skilled, he left to contemplate heaven from Mont Morion or by the Costa Champorcher, where even the cows go to graze or praying to the renowned Cuney Shrine.
But now the People had become less naive and more "tricky". That's why they built the observatory, right here at Lignan Hamlet St. Barthélemy, where the Sky is always clear.
The Astronomical Observatory of the Autonomous Region Valle d'Aosta (OAVdA) was inaugurated around the mid-2003 is equipped with the most modern equipment, in order to promote both the research activities of the disclosure. The property is managed, along with the planetary Lignan, Foundation Clément Fillietroz - renowned and non-profit organization, and its activity is characterized by extreme openness to the public, students, tourists, "astrolovers", to stimulate the dissemination of astronomy. At the observatory is located also the meteorological station of Nus-Saint-Barthelemy. It is located near the Village of Lignan, at 1,675 metres in the upper part of the Valley of Saint-Barthélemy, behind the town of Nus. The Village of Lignan looks like a terrace, with a low visual impact (light pollution) and characterized by a weak trend in atmospheric turbulence. For scientific research are the Observatory Astronomical active four draft institutional research ranging from studying the solar system (research and characterization of asteroids) survey on the stars of the Milky Way, the observation of distant galaxies and search for extrasolar planets. Moreover OAVdA participates, on explicit requests from other institutions in Italy and abroad, also in international collaborations for specific countries of study, taking place in well-defined periods of time depending on the celestial phenomenon to be observed and analyzed. They have designed dozens of scientific publications with peer review, which appeared in the Proceedings of important international conferences and journals of reference worldwide as Astronomy & Astrophysics, The Astrophysical Journal, Icarus, Publications of the Astronomical Society of the Pacific, The Astronomical Journal. Researchers in OAVdA between late 2011 and early 2012 were associated all'INAF (National Institute of Astrophysics). There is also a helium physics laboratory, a classroom in which it is possible, during daytime visits, project the Sun and make various observations of the Sun group safely to the view through a telescope with a mirror of 250 mm. Laboratory is also equipped with filter H-α useful for observing special solar atmosphere phenomena in chromosphere. 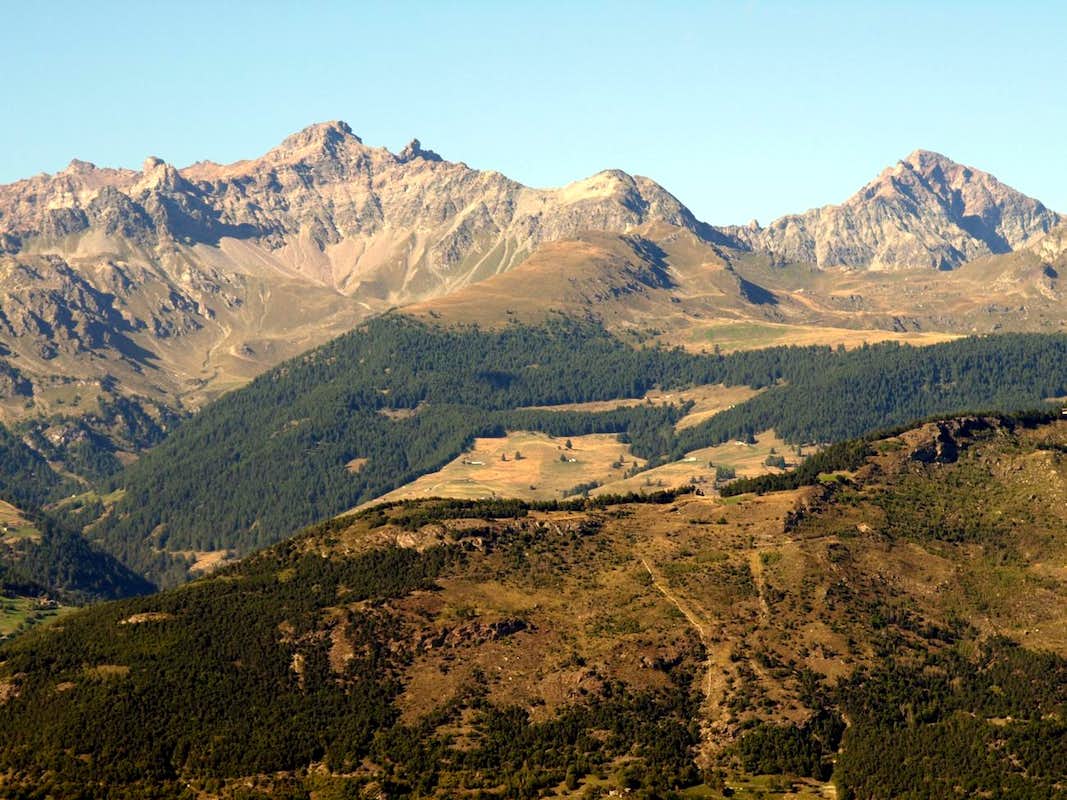