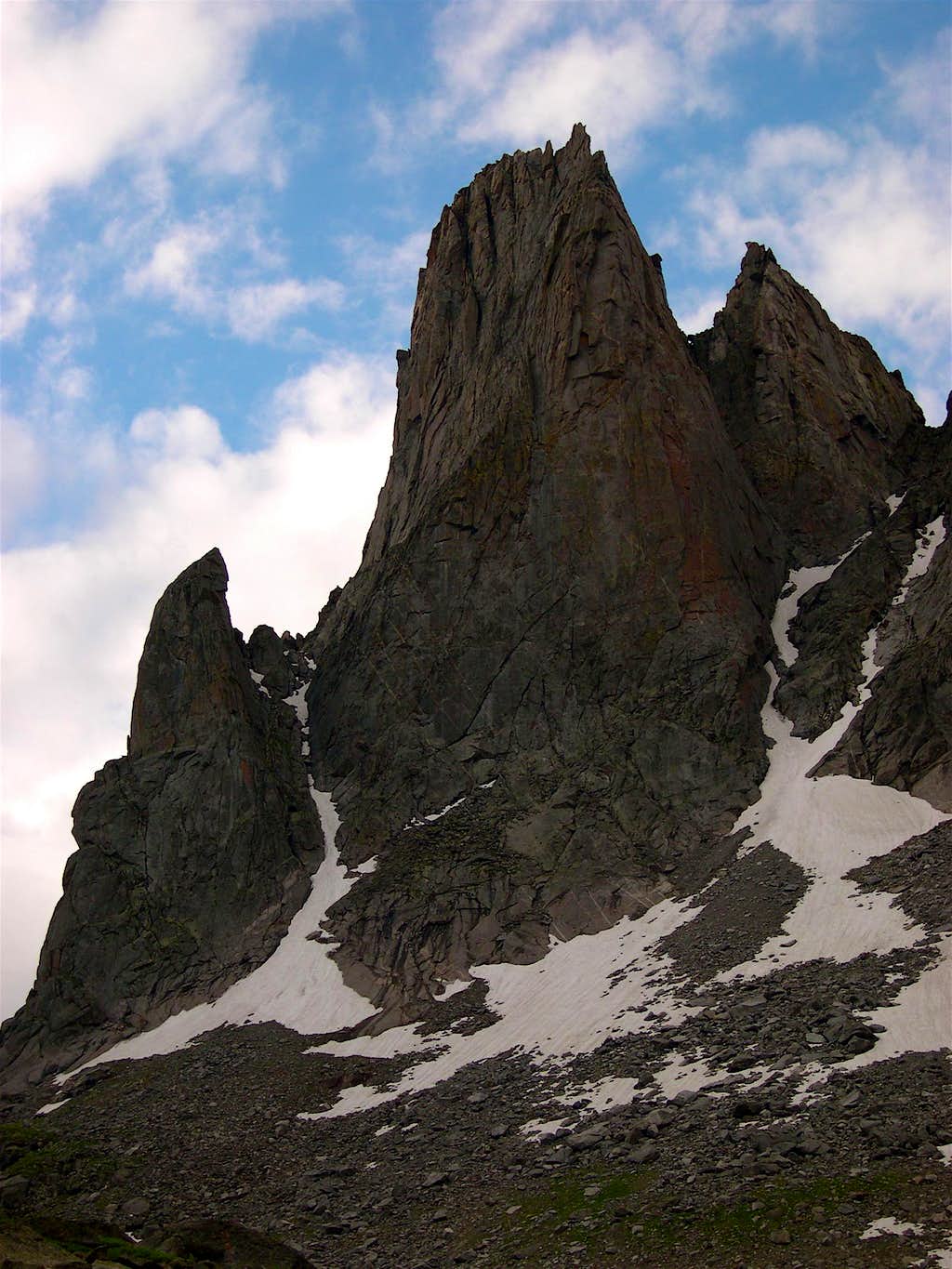 Warbonnet from The Cirque. You're looking at its impressive north (shadow, host to the 5.10 route) and northeast faces (light, host to two 5.7 routes). Adjoining spire on the left is The Plume which (according to Kelsey's guidebook) hosts a few III 5.9 routes. One of two options for accessing the two 5.7 routes on the NE face is visible in the photo as well: the snow gully leading to the Warbonnet-Plume Col (August 2, 2004).
« PREV NEXT »