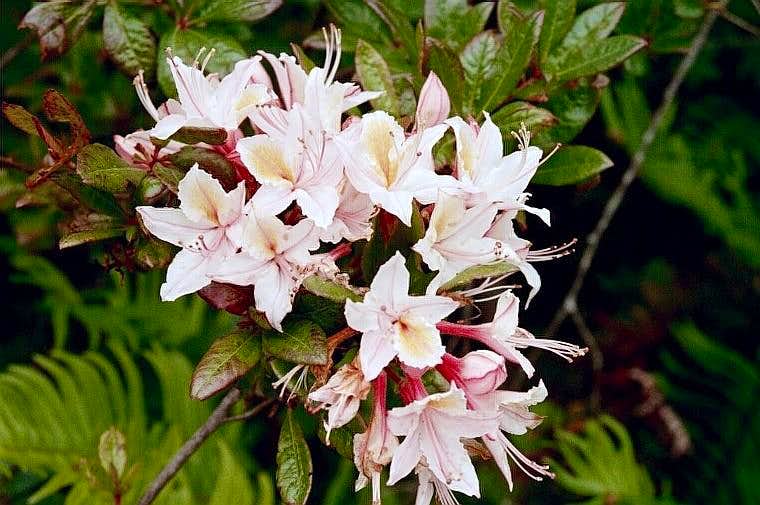 Western azalea is a common shrub in moist forests and stream banks from southern Oregon the southern California. It can be up to 5 meters tall and is widely planted as an ornamental. Photo from Crescent City, Califonria. June 2002
« PREV NEXT »

If you want to use common names. Recall in one of my last messages what I said about common names. Note the scientific name in the photo title is Rhododendron. What people commonly refer to as Azalea and Rhododendron, taxonomically are the same group of species. If you don't use common names, then you don't run into this awkwardness. But few people have the interest or care to learn the scientific names. Long ago I made an album for Ericaceous shrubs, which includes Rhododendrons, Azaleas and many other flowering shrubs from the family Ericaceae. My photos reside there. If the keepers of the Rhododendron or Azalea albums want any of my photos on their album, I'm happy to let them decide how they define it and what they would like to include.

Me Own Favorite Flower Shots(Album)