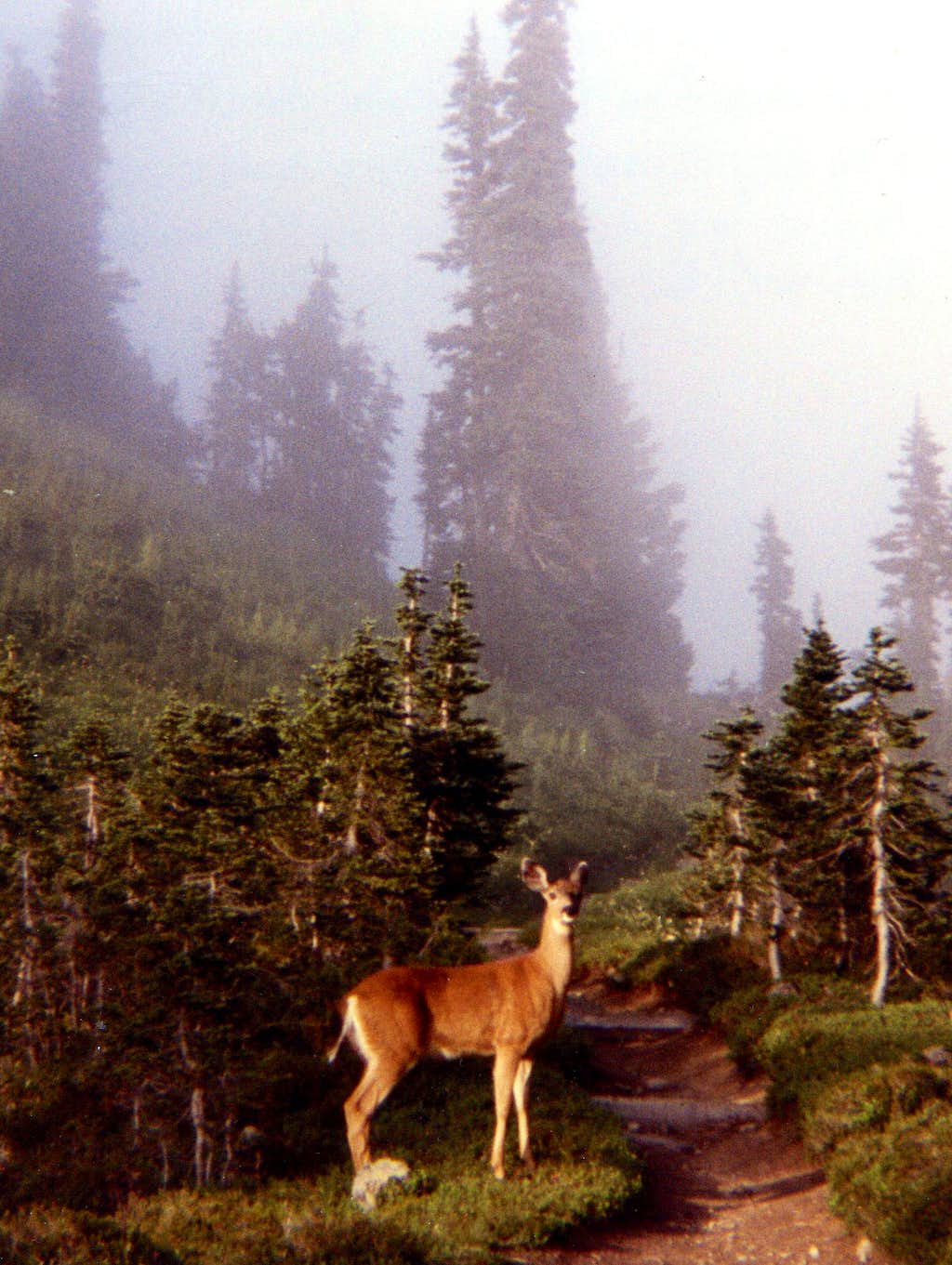 The Wonderland Trail is an approximately 93-mile (150 km) hiking trail that circumnavigates Mount Rainier in MRNP, Washington. The trail goes over many ridges of Mount Rainier for a cumulative 20,000 feet or 6,000 meters of elevation gain. There are many river crossings on the trail including two suspension bridges. Many of the rivers are crossed on primitive log bridges which can wash away during heavy rain or when there's a lot of snow melt in rivers. Most of the bridges 'washed away' during a major storm in November 2006. Due to damage suffered as the result of a flood in Nov. 2006 the park service did not accept reservations for the 2007 summer season for those attempting to hike the entire Wonderland Trail. The trail was reopened on Aug. 3, 2007, after extensive work by the park service, the WA Conservation Corps, Student Conservation Association and 1,700 volunteers. My first experience along the trail was viewing this Columbia Black-tailed Deer(Odocoileus hemionus) along the St. Andrews Park(between Klapatche Ridge and Emerald Ridge)section of the trail. I went on to serve in a number of volunteer trail-maintenance activities in coordination with the National Park Service. September 5, 1982
« PREV NEXT »

My thirst quenched: quiet green in lieu of jazzy red, perhaps except the familiar-looking deer but this kind of red also helps me let my hair down - pretty old but great catch Larry - much better than my two-day old bacteria/virus that stops me sleeping - Thanks for the medicine. Really works.

Happy that I could be of service.