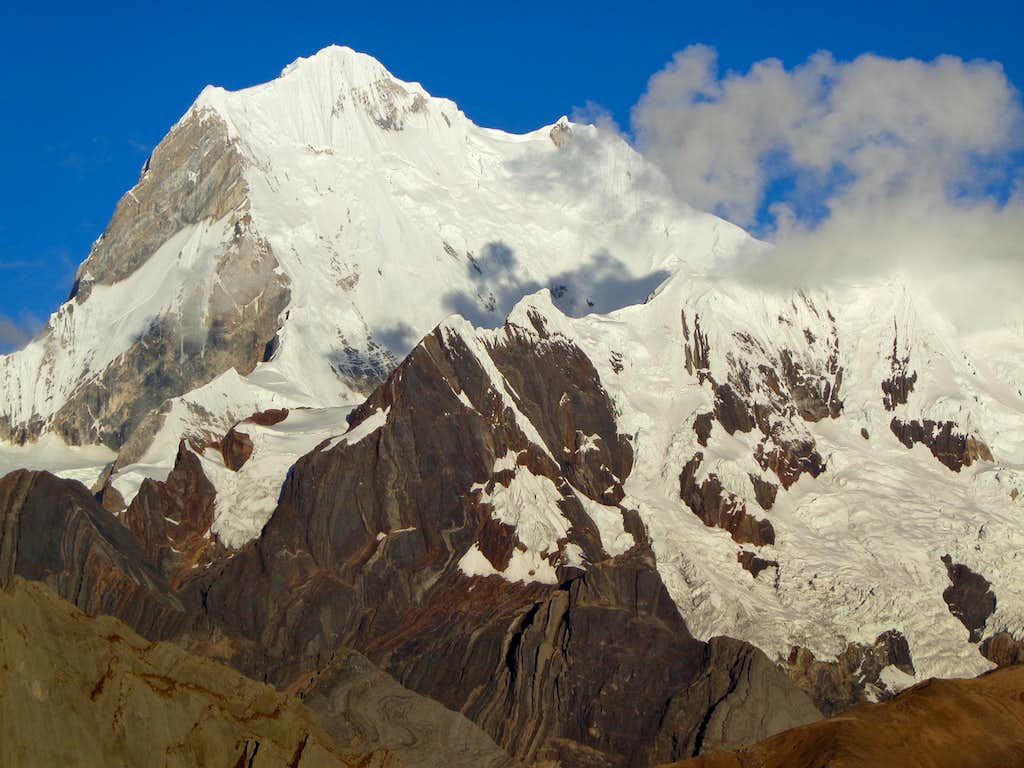 That summit ridge appears to be in good shape

It's hard to know for sure until you're on it, but that NW summit ridge doesn't look too bad at all! Not that that would be enough to make climbing Yerupaja possible or safe, for it still looks both difficult and dangerous to actually get on it, but it looks tempting.

Re: That summit ridge appears to be in good shape

Certainly the double cornicing was at a minimum this season (August at least) - the SE face cornice was largely free, so for the W Face or NW ridge we would have been blessed with a WYSIWYG condition for once. We waffled quite a bit between doing the Alpine Circuit or having a go at him; All routes on Yerupaja are much longer than you might expect though; an 11pm start at the Direct isn't going to put even a strong team on top and get you back on the glacier in a day. I think at least half of the mystery and danger of the HH peaks is simply the rarity that they're attempted at all, due to logistics, weather, and - compared to the Blanca - remoteness and commitment. The Cassin on Jirishanca, OTOH, is sadly truly falling apart

Re: That summit ridge appears to be in good shape

Based on what I read about Yerupaja, if I would have a go at it I would plan to bivvy somewhere high up on the route. But before seriously considering it, I would first need a lot more experience. However, I can still dream...