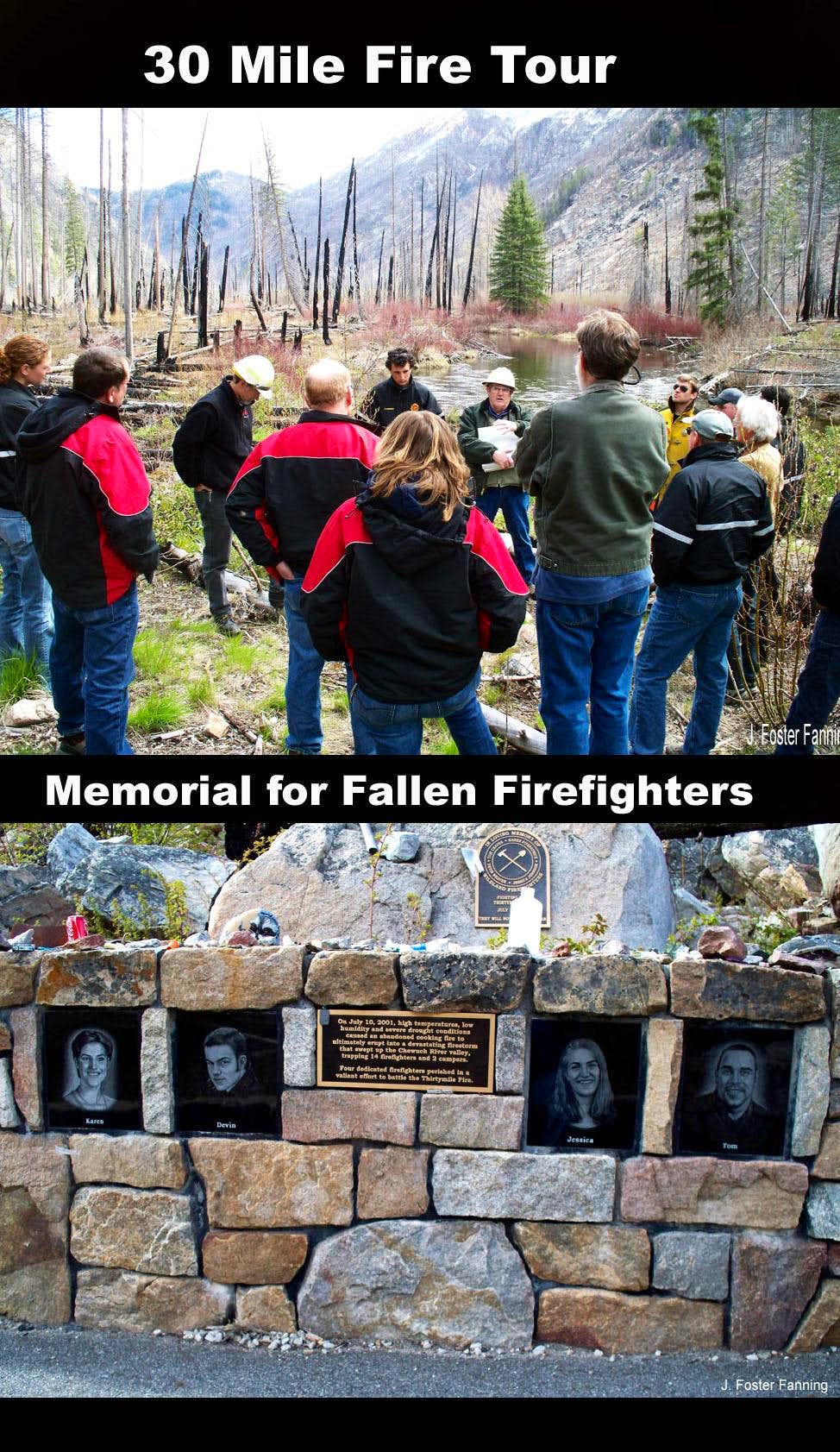 On July 10th 2001 firefighters on the 30 Mile Fire on the Okanogan / Wenatchee National Forest found themselves trapped by a large and rapidly spreading wildfire. Several campers from a campground up the road became entrapped with the firefighters. In a last ditch, life-saving effort firefighters fit the campers into their small fire shelters. When the heat wave and flames passed four other firefighters had perished. I have led several tours of firefighters into this area in an effort to learn the lessons from these tragic mistakes. This recently came to mind when Marc commented on this Summit Post album that he had nearly been trapped by a forest fire.
« PREV NEXT »