Alex belaying me up Pitch 3... 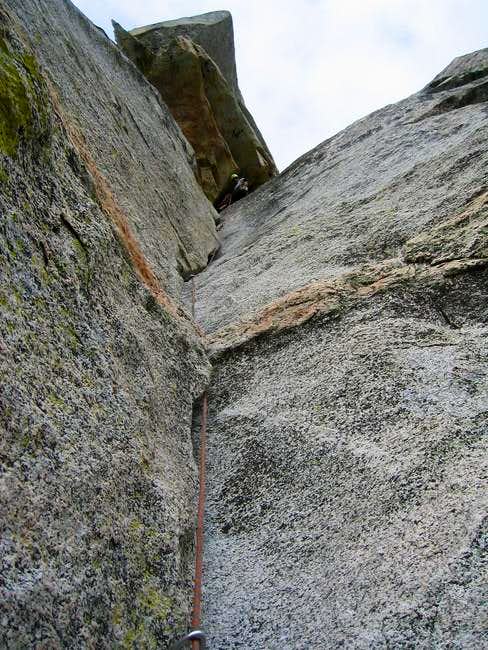 Alex belaying me up Pitch 3 of Open Book on Tahquitz Rock.
« PREV NEXT »

That's a perfect picture of the second pitch of the Open Book. The 5.9 move is just below on the first pitch. I ain't (wasn't) good enough to climb 5.9 in general, but I managed to smear my way up to this point.
The guy I was climbing with was hard up for a partner of his caliber. He handed me the rack. I looked up and saw this picture. He said "on belay" and I started jambing. Thirty feet later I peeled, but landed on a step. I climbed down and handed back the rack with an apology.
He led up to that bottomless cave at the top. I jambed, bled, fell, continued and finally got up the pitch.
Ninety feet of 5.7 and 5.8 jambing is the real test on this beautiful route.