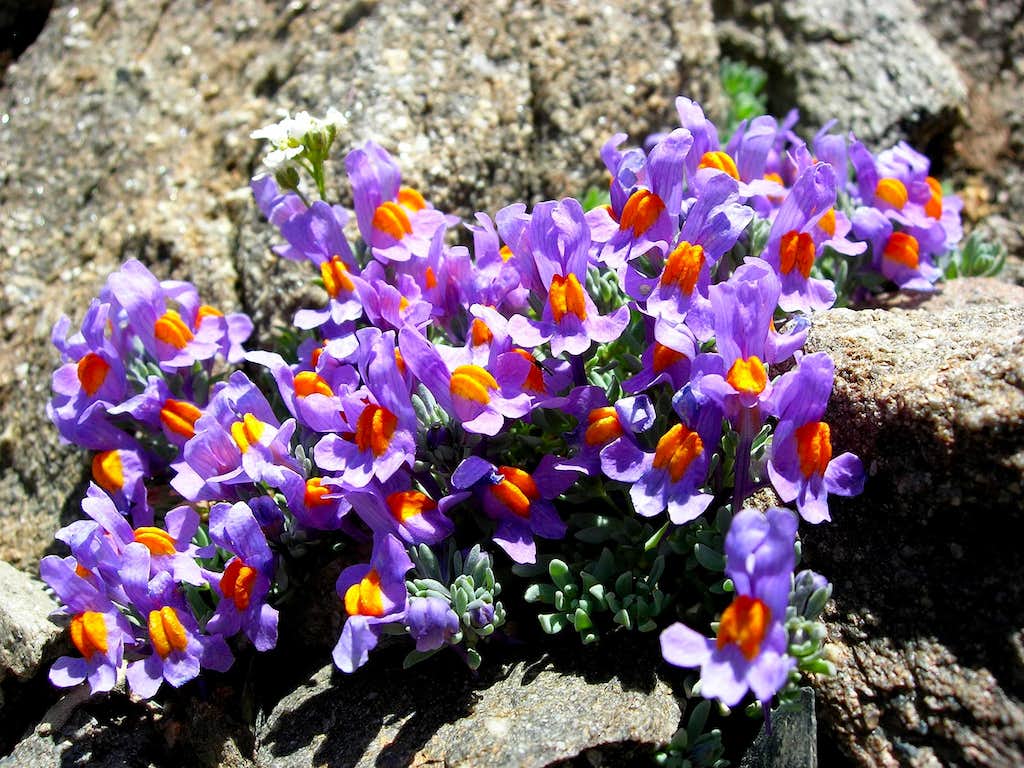 Linaria alpina, sometimes called alpine toadflax, is a purple-flowered member of the genus Linaria. It is found in many mountain ranges in southern and central Europe from the Sierra de Gredos and the Montes de León in Spain to the mountains of the Balkan Peninsula including the Jura mountains Alps, Pyrenees, and central Apennines. In contrast to other members of the genus, L. alpina has purple flowers, with orange lobes in the centre (in some forms, these are also purple).
« PREV NEXT »

His name is Linaria Miller or in italia, linaria alpina, or in French "Linaire des Alpes". Bye BazZ