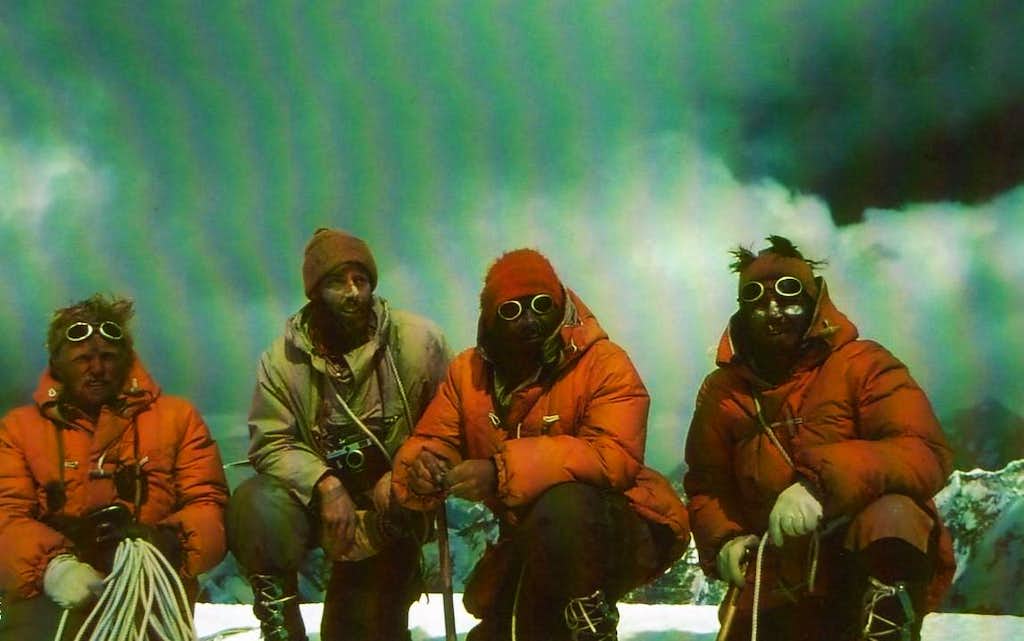 1961 - AMA DABLAM Summit During the scientific expedition of the "Silver hut" led by Griffith Pugh which spent 6 months doing scientific work at the foot of Ama Dablam and then on an attempt to ascend Makalu, Michael Ward did the 1rst ascent of Ama Dablam with Wally Romanes, Mike Gill and Barry Bishop.
« PREV NEXT »